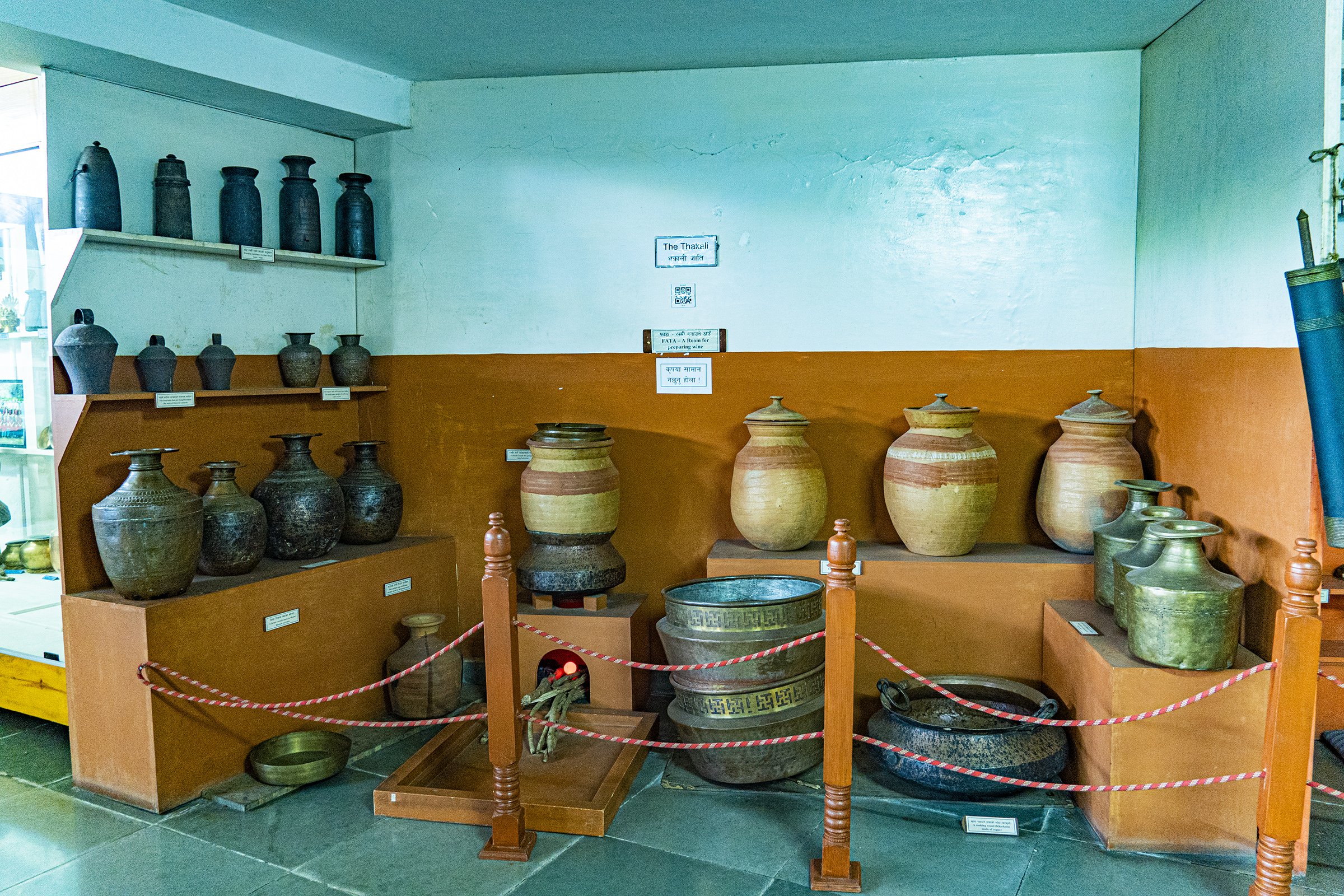 Fata (फाटा)—A room for preparing wine. Objects in the room include: A cooking vessel (Kharkulo) made of copper.