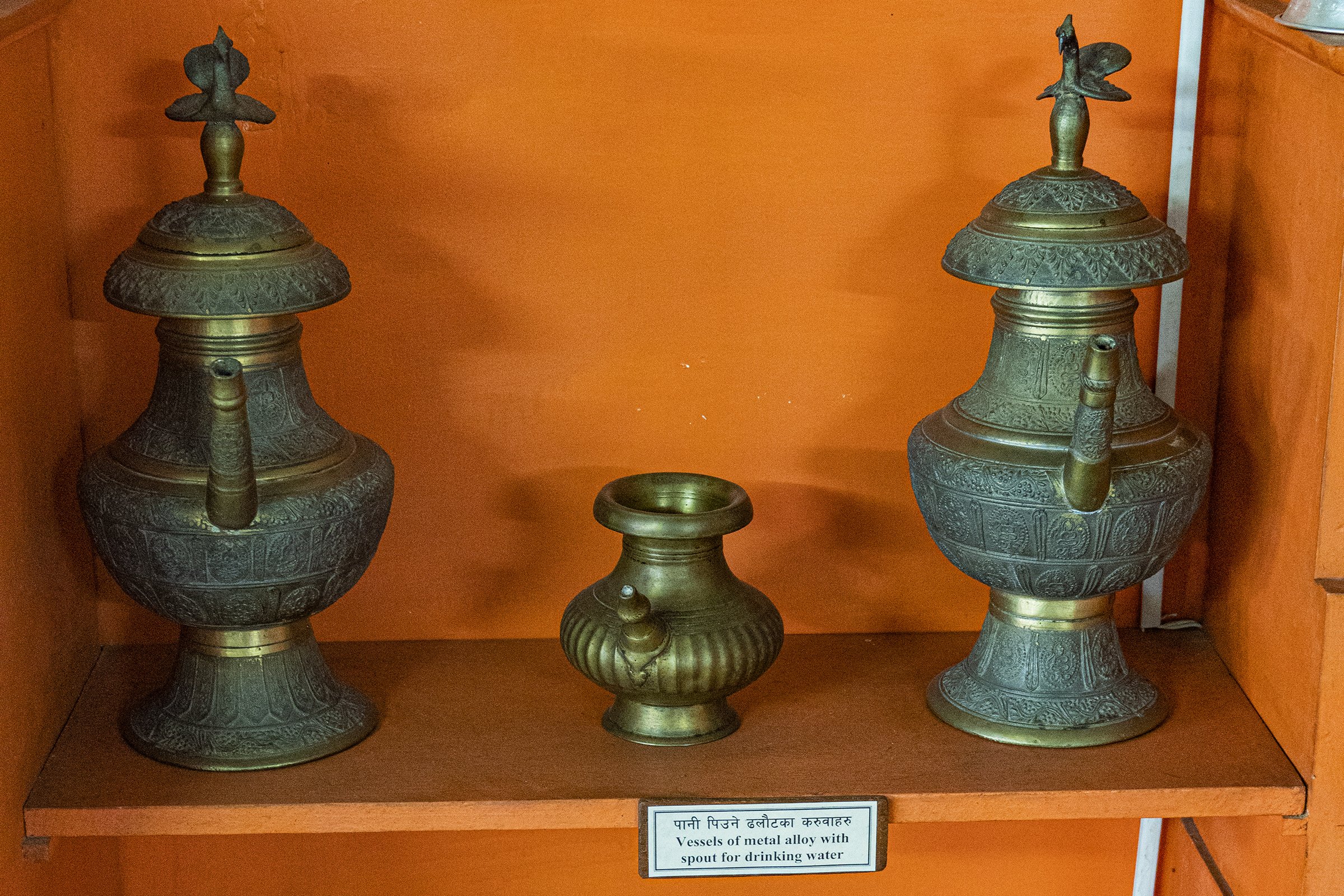 Thakali vessels of metal alloy with spout for drinking water.