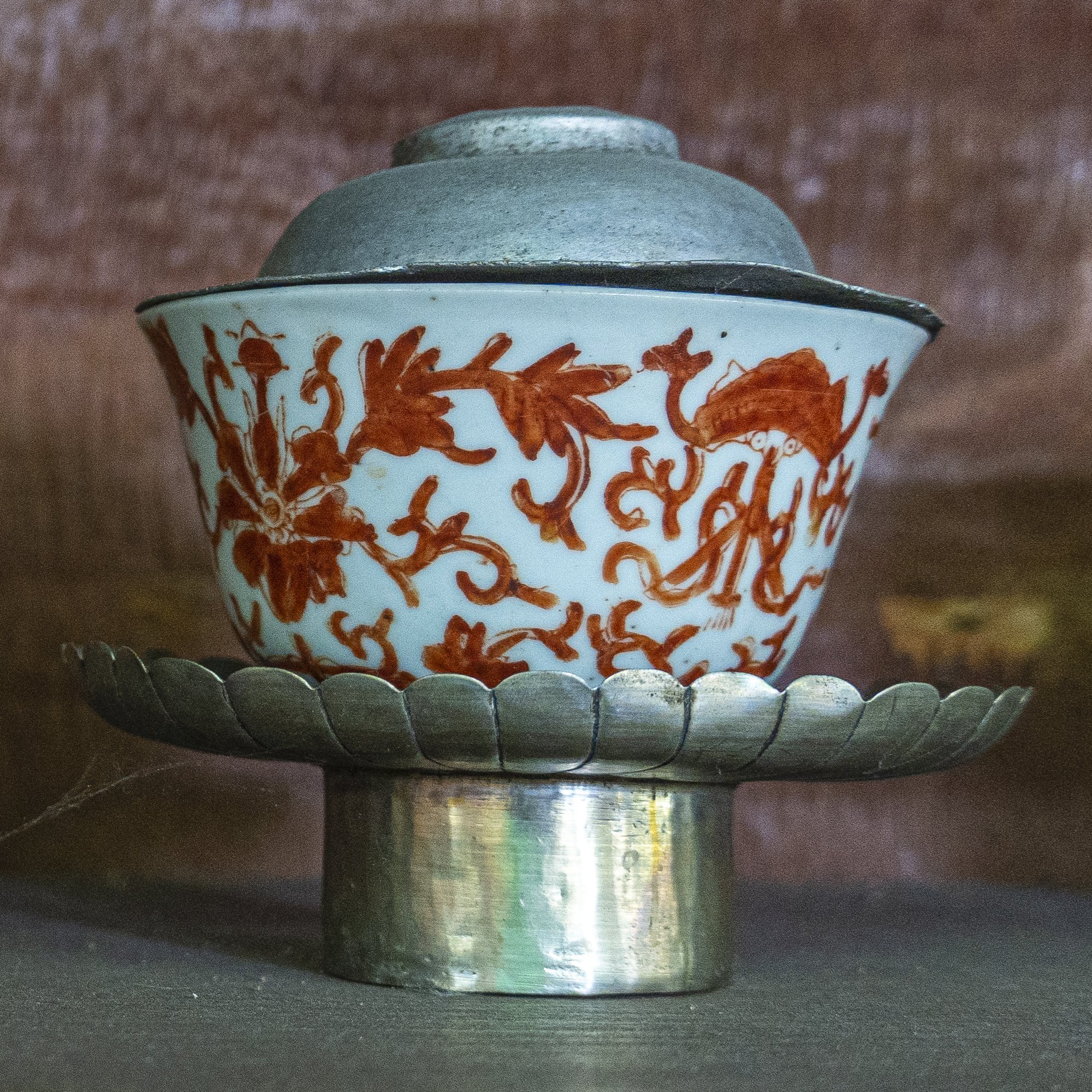 Ṭhakyā (ठक्या) refers to a “traditional tea stand with cup and cover”. It is a Nepali word which can also be transliterated as Thakya.

For thee Devanagari text and transliteration see first image in the series.