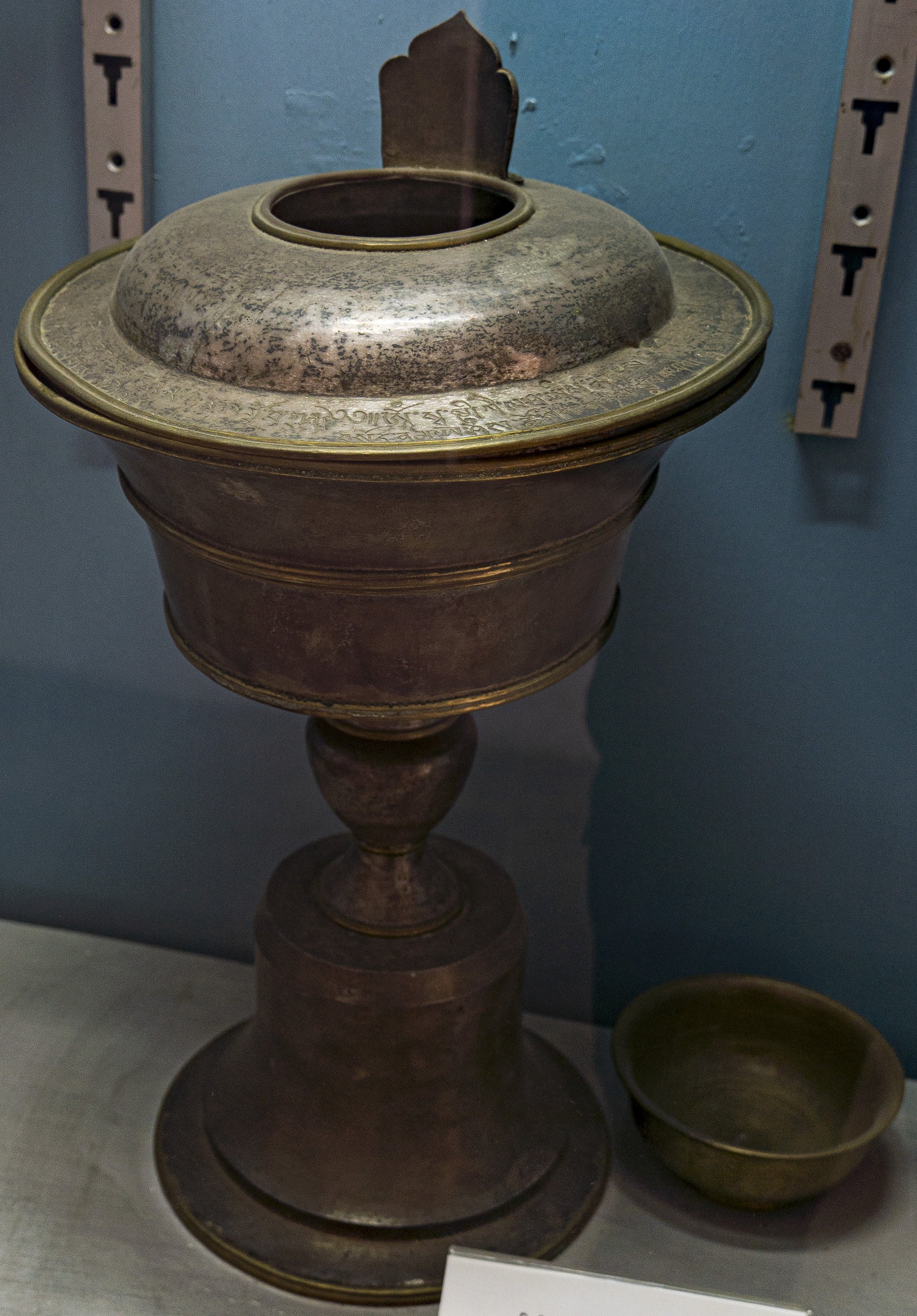 This images shows a certain ritual (puja) object from the 20th century A.D.

This photo is from the collection of various artworks from Nepal, including the wood work found at Kumari Ghar, a special home/temple for the dwelling of Kumari at Basantapur.—The National Museum of Nepal (Rashtriya Museum) houses a variety of sculptures, carvings, statues, paintings and other objects grouped according to the major religions such as Hinduism and Buddhism.