News: Tool for converting between Malayalam and Unicode

I have released an online tool for the ancient Indian language spoken in Kerala, called Malayalam. You can convert between the Malayalam script and their Unicode representation in Latin characters, and back again. It features options for preserving Chillus, and an option to switch between archaic and modern representations of the au-diacritic. The conversion of one script into another script is called transliteration. 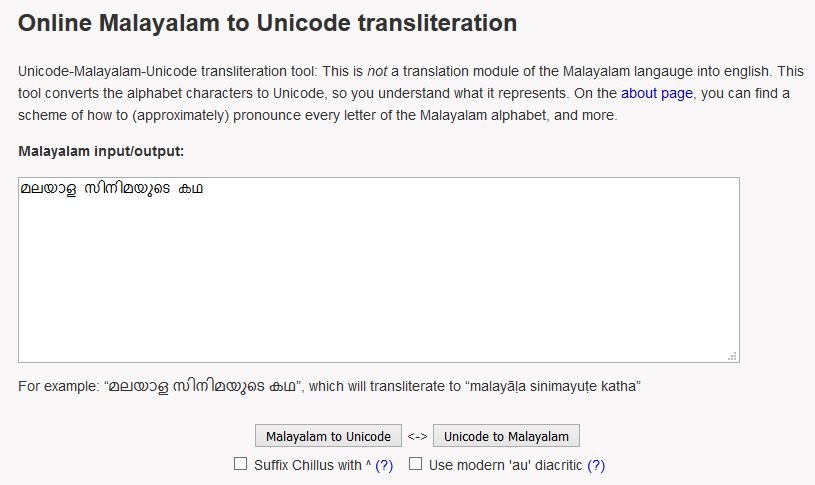