This page is entitled “author and his date” contained in the Siddhanta Sangraha (English translation and critical edition). The Siddhanta Samgraha is a Sanskrit philosophical text dealing with Vishishtadvaita in five hundred Sanskrit verses. It was written by Shri Shailacarya (18th century) and closely follows the philosophy of Vedanta Deshika (13th century).

The advent of Śrī Vedānta Deśika gave rise to many Śrīvaiṣṇava Ācāryas, who followed the footsteps of the illustrious Ācārya. Each teacher had his own disciples and thus a number of scholars particularly in northern Tamil Nadu. But there where some reputed scholars in and around of Śrī Raṅgam, one of the main centre for the propagation of the Rāmānuja Vedānta. Of them mention must be made to Śrī Raṅgarāmānuja, Sri Mahācarya of Sholinger, Śrī Venkatadvarin of Nallūr, Arasānippalai, the Surapuram family, the Sogatthur family, the Nāvalpākkam tradition, the Somāsi Āṇḍān, the Tiruvaraṅgam Āṇḍān family and so on.

The Tiruvaraṅgam Āṇḍān family supposed have inhabited in the Nerur village of Karur district in Tamil Nadu. This family is will known for their erudition in almost in all the branches of learning and also performed many sacrifices. It appears that they migrated from this place to a village near Mysore and which was named as Śrī Raṅgarājapuram. This village still exists now and was patronized by the then king Krishnaraja Wodeyar. This was donated by the king as the mark of honour to the learned family.

This illustrious family gave rise to a great preceptor by name Śrī Raṅgarāja Mahādesika. He had two sons by name Śrī Śailācārya and Śrīnivāsācārya.

Śrī Śailācārya was identified as the author of Siddhānta Saṅgraha from the colophon of the work[1]. It states that he belonged to Tiruvaraṅgam Āṇḍān Śrī Śailā family. He was the son and the pupil of Śrī Raṅgarāja Mahādeśika, by whose grace he has performed many sacrifices such as Vājapeya. He was also known as Śrī Śailā Deśika. This may be due to his mastery over the subject or due to the reverence paid to Śrī Vedānta Deśika or because of his father’s name.

His surname, namely, ‘māḍabhūśi’ is stated to be the ornament of the Siddhānta established by Śrī Rāmānujā. The author entered the Sanyāsa life in old age with the name Raṅgarāmānuja[2]. There is an anecdote regarding this incident which describes that while he was visiting the Trivikrama temple (Ulagalanda Perumal) in Kanchi and, as his wife was late in joining him there, he was feeling irritated. The priest pointed out that he was still too much attached to worldly cares and worries. This has made him to withdraw from the world[3]. Śrī Raṅgarāja Mahādeśika, the father of Śrī Śailācārya, had another son named Śrīnivāsācārya who was the author of Nyāsa Vidyā Vijaya[4]. This has been known from the colophon of the work. The first śloka of Siddhānta Saṅgraha is also seen in the second śloka of Nyāsa Vidyā Vijaya[5]. However, the author Śrī Śailācārya, also had a son named Śrīnivāsācārya, who is the author of Sahasrakiraṇī[6], which is an elaborate commentary on the 15th section of Śatadūṣaṇī of Śrī Vedānta Deśika, namely, Mithyātva Khaṇḍana Vādaḥ. The author’s son namely, Śrīnivāsācārya has also written a vivaraṇa on the Kaṭha Upaniṣad[7], a commentary on Varadarāja Pañcāśat[8], Natvatattvaparitrāṇa[9], Trayyanta Cintāmaṇi[10] and a commentaray for Śrīmad Rahasyatrayasāra[11] named Sāravivaraṇī. He was popularly known as Karūr Swāmi.

4. The discussion about the authorship of Siddhānta Saṅgraha

The colophons which show the above distinction are given below:

According to the commentator of Varadarāja Pañcāśat[20] it is stated that Śrī Śrīnivāsācārya, known by the name Karūr Swami was born in the Tamil Month of Puraṭṭāsi in the constellation of Śravaṇa. This is traditionally considered to be the date of incarnation of Lord Venkateshwara of Tirupati as well of Śrī Vedānta Deśika[21].

Therefore, the birth date, Puraṭṭāsi Śravaṇa can be attributed to Śrī Śailācārya, who was actually praised as the incarnation of Śrī Vedānta Deśika by his own son, who was none other than Śrī Śrīnivāsācārya.[22]

5. The date of the Author

If the date of Śrī Śrīnivāsācārya is certain, the probable date of the author Śrī Śailācārya, who was his father and preceptor, could be around 1750AD. During this period also the Second Krishnaraja Wodeyar was ruling the Kingdom of Mysore, who had a role of honour among the kings and honoured the poets.

6. The native of the author

It is observed that the origin of Śrī Śailā Tiruvaraṅgam Āṇḍān family was supposed have inhabited in the small village named Nerur, situated near Karur District of Tamil Nadu. It is stated that Karur Śrī Saila Śrīnivāsācārya was born in Nerur village of Karur[25] which results in assuming the native of the author Śrī Śailācārya, who was his father, also as same. From the colophon of the work it is found that the author belongs to ‘māḍabhūśi’. From this it is understood that author belongs to Naitrupa Kāśyapa Gotra. It is believed that the family lived in Śrī Raṅgarājapuram located in Mysore which was formed by them. The family has a number of disciples, performed many sacrifices and the descendants still living there.

There is hearsay that the family of Tiruvaraṅgam Āṇḍān was partronised by the king Krishnaraja, participated in various discussions in the kingdom, got gifts and settled in Śrī Raṅgarājapuram. They did many sacrifices and donated lands to many scholars and honoured them as a part of the yajñā.

7. The works of the author

The author Śrī Śailācārya was known to have written many works, of which some of them are available and rest of them are not available or incomplete. The author has contributed a lot to Visistadvaitic Literature by following the foot steps of Śrī Vedānta Deśika.

In Śrīvaiṣṇava tradition Śrī Vedānta Deśika was considered to be the Ghaṇṭāvatāra of Lord Venkateshwara. 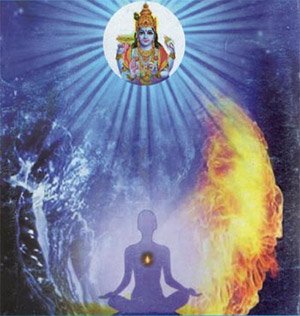 This concludes Author and his Date according to Vishishtadvaita philosophy explained by Shri Shailacarya. This book follows the model of Vedanta Deshika although the Vishishta Advaita school was originally expounded by Shri Ramanuja. Vishishta-Advaita is one of the various sub-schools of Vedanta which itself represents one of the six orthodox schools of Hindu Philosophy. They highlight the importance of the Upanishads, the Bhagavad Gita and the Brahma Sutras.