Photo 37 of 37 in Gallery: Vijayanagara Paintings 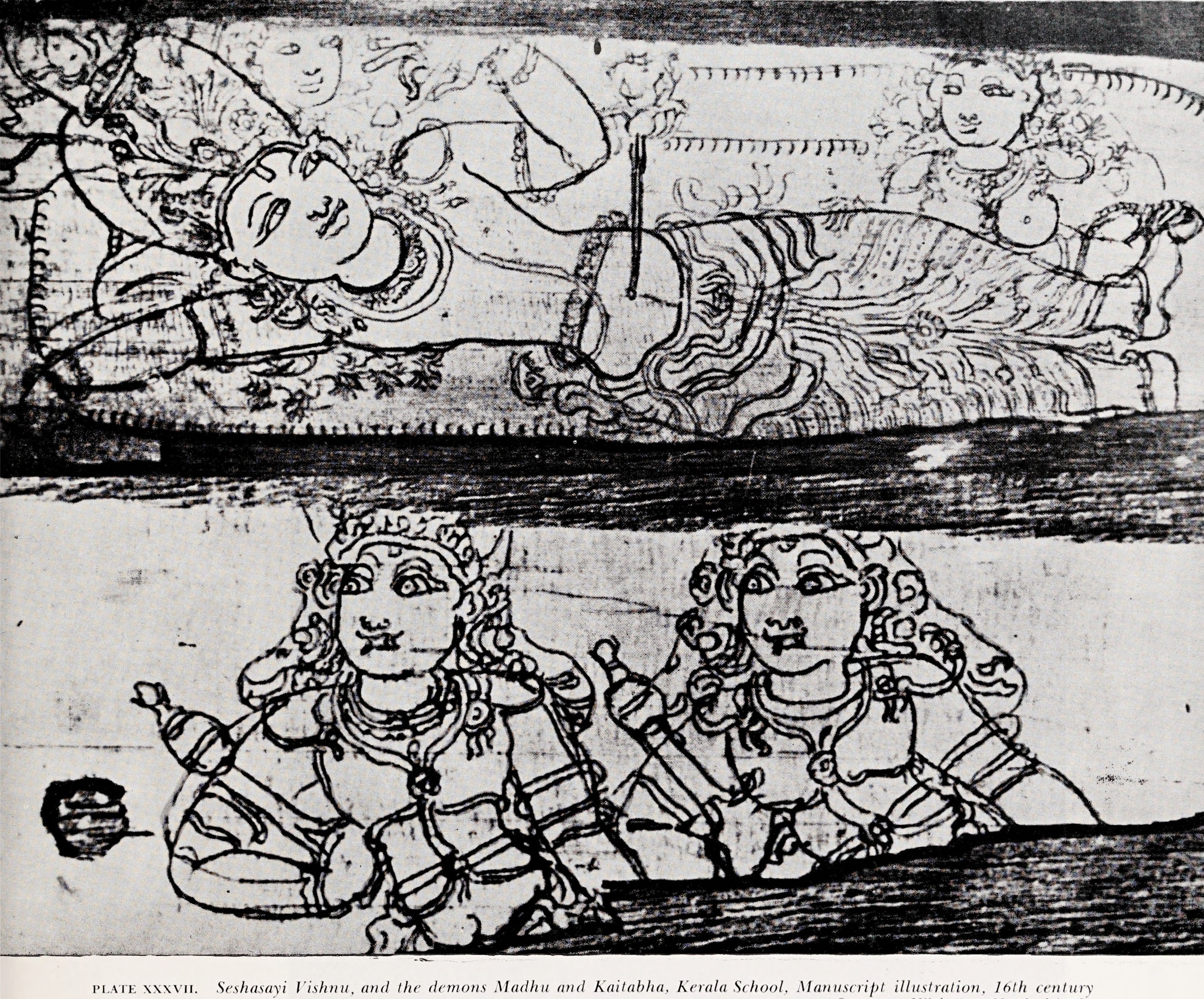 In the temple at Trichakrapuram [Tricakrapura], another painting of the later half of the eighteenth century that illustrates Kṛṣṇa fondled by Nanda and Yasodā, and taught to walk slowly by cautiously placing his steps is indeed a masterpiece. In Kerala as in Andhra, Orissa and Karnataka, there are beautiful illustrated manuscripts in palm leaf. One of them of the sixteenth century from the collection of Nilakanthan Nambudiripad of Kanpur Mana, Chunangad showing Śeṣaśāyī Viṣṇu with the demons Madhu and Kaiṭabha swirling their clubs and approaching with rolling flashing eyes, reclining Vishnu calm and undaunted, with Śrī Devī and Bhūdevī, one at his feet and the other towards his head, is indeed a magnificent incised drawing that is to be counted among the masterpieces of this age.