Photo 30 of 37 in Gallery: Vijayanagara Paintings 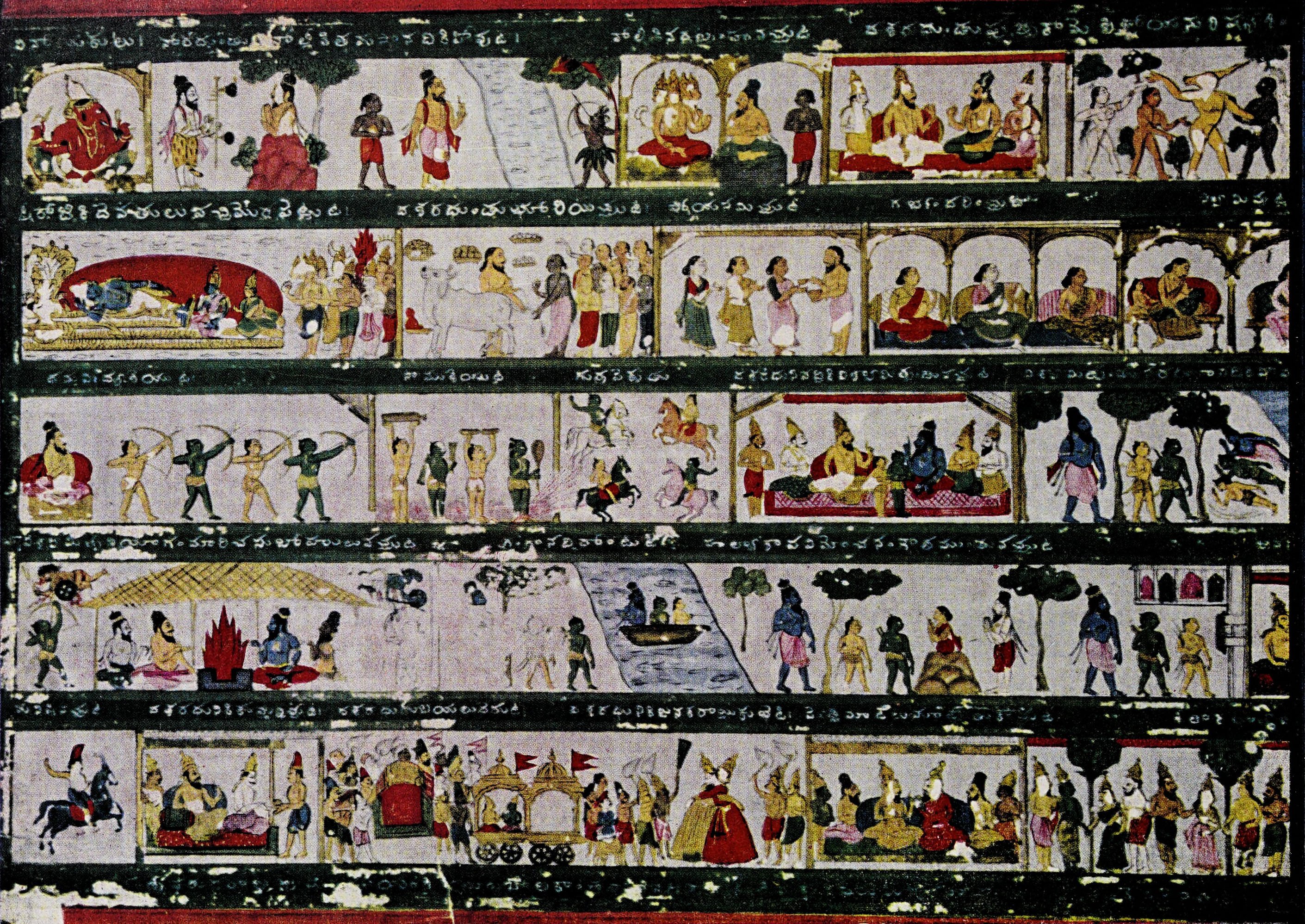 The paintings from the temple at Tāḍpatri, the later murals from Kāñcīpuram [Kanchipuram] area, the miniature paintings from the Āndhra and Tamil districts, like the Coronation of Yudhiṣṭhira and the Yamapaṭa scene from Cuddapah [Kadapa], and the long series of Rāmāyaṇa episodes, with explanatory labels, as is usual in such paintings, both in murals and miniatures, are all typical examples of this phase.

The last mentioned is one of several miniatures of the Nayaka period of the seventeenth century now preserved in the Sarasvatī Mahāl Library at Tañjāvur. The seventeenth century was thus very fruitful. The paintings produced during the time of the Nawābs in the South in the eighteenth century, like those of Cuddapah, Kurnool, Arcot and Mysore, are only an extension of the Vijayanagara-Nayaka style, with the Deccani influence of the Bijapur, Golkonda, Hyderabad schools, that are themselves tinged by the Mughal style.