Photo 26 of 37 in Gallery: Vijayanagara Paintings 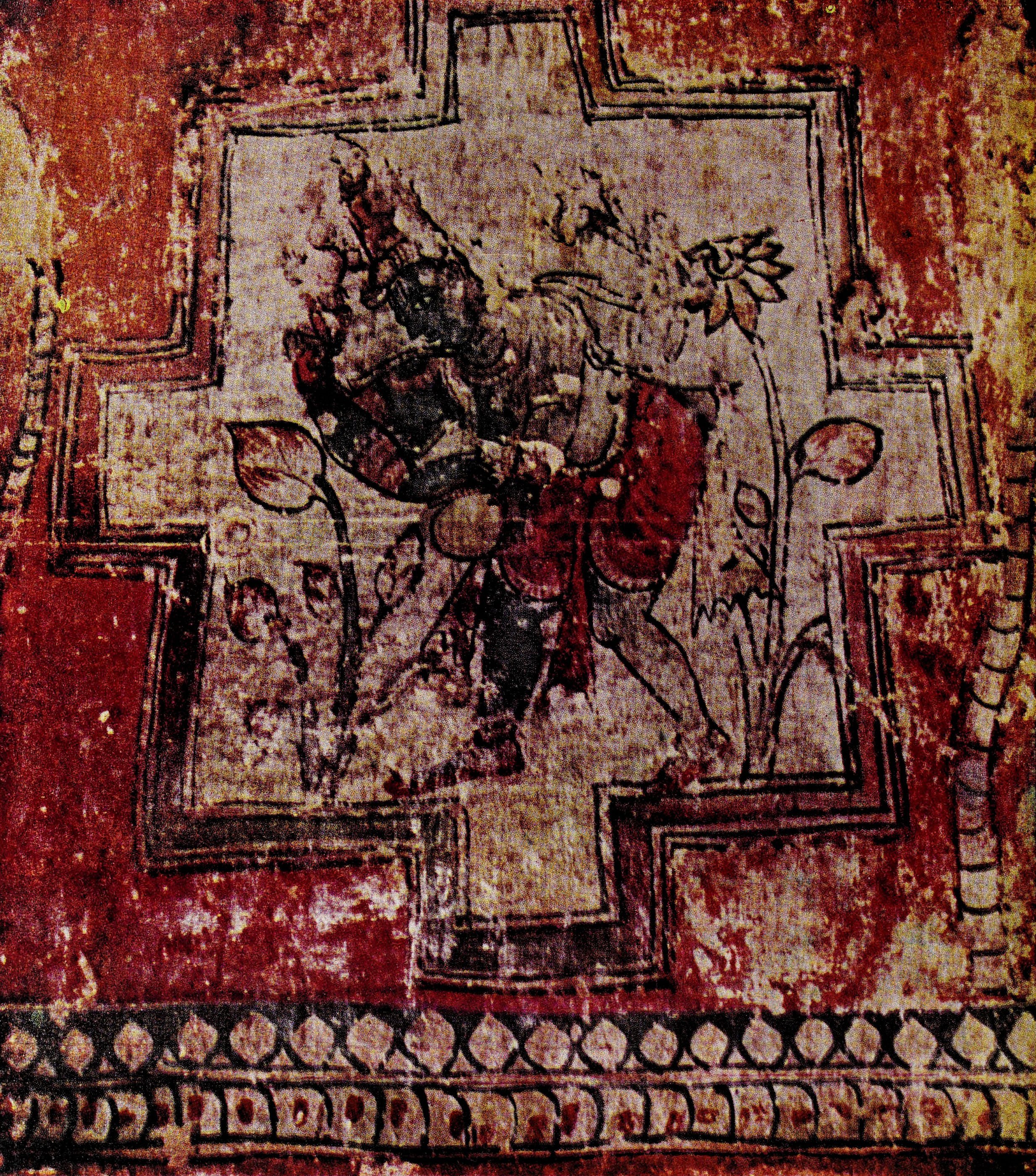 This plate [in Tañjāvur, in the gigantic Bṛhadīśvara temple], shows how Viṣṇu gathered lotuses from a tank to worship Śiva, how he offered one thousand flowers a day, and when he failed to get one on an occasion, made up for it by offering his own eye, and thereby won the blessing of Śiva as Viṣṇvanugrahamūrti. The stylised form of the tank with trees in the vicinity is characteristic of this mode of representation.

The form of Viṣṇvanugrahamūrti Śiva as he presents him with the cakra in appreciation of his great devotion, where the beautiful eye that distinguished Viṣṇu as Puṇḍarīkākṣa is plucked out without the least hesitation to form the last and most important flower of the thousand, so immensely pleases him. The theme has a representation even in early Pallava art, in the Kailāsanātha temple at Kāñcī [Kanchi/Kanchipuram]. This painting here is a representation of the same theme in the seventeenth century, ten centuries later, and in a stylised and conventionalised manner. A Ṛṣi in penance beyond, graced by the appearance of Viṣṇu on Garuḍa, shows how the Lord, who manifested himself as a boon-giver to the highest saints, himself gathered flowers to adore Śiva as the Supreme Being. The best preserved portion here is Viṣṇu gathering flowers.