Photo 21 of 37 in Gallery: Vijayanagara Paintings 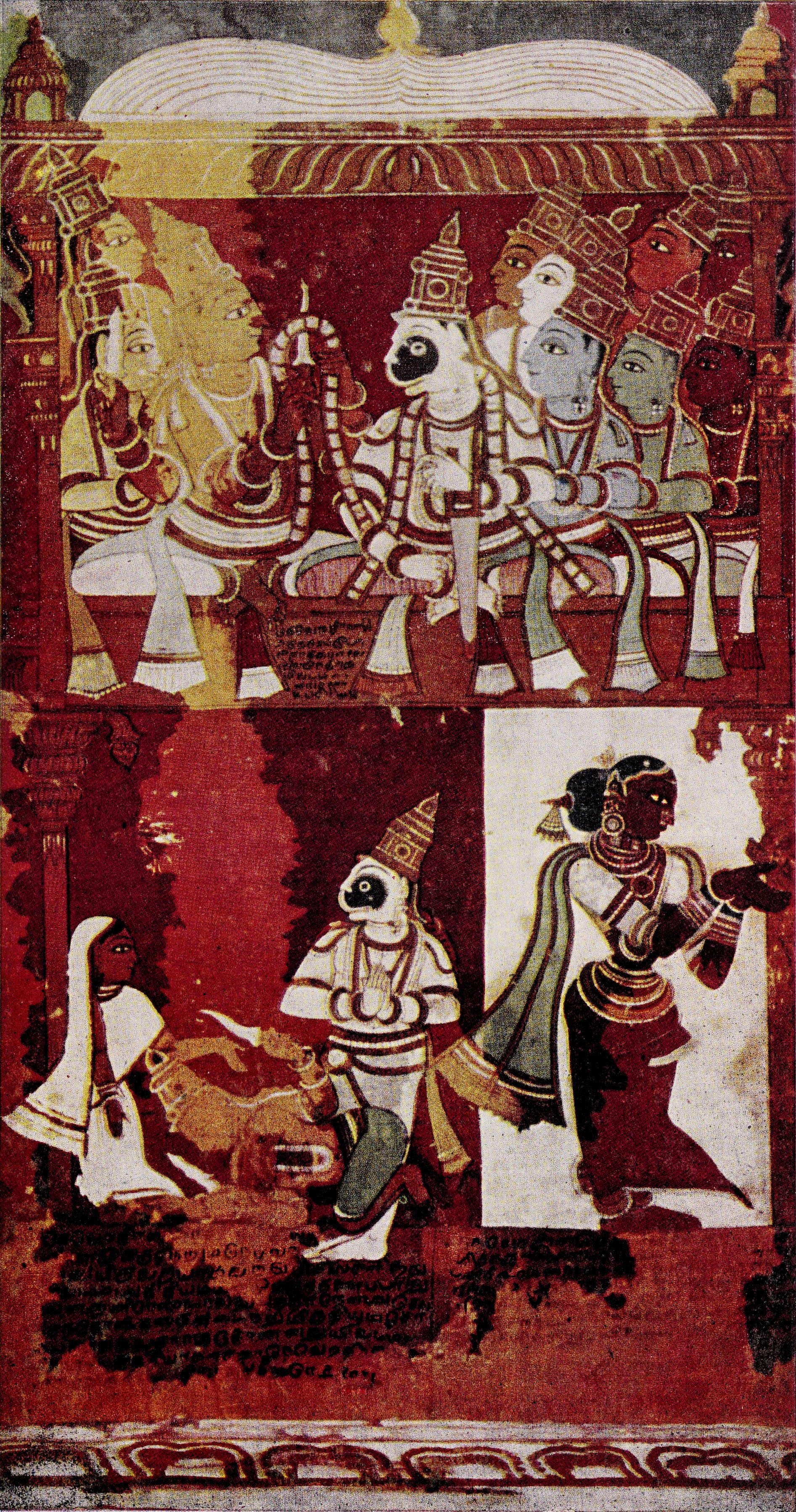 In the interior of the temple, on the dark and grimy walls of the shrine of Vīrabhadra, are the dim paintings of Śiva in different attitudes. One of the figures adorning Śiva is very interesting, as the face recalls that of Mucukunda [Muchukunda], the monkey-faced king, who is painted over and over again in the temple at Tiruvallur [Tiruvalur].

Mucukunda was among the greatest devotees of Śiva and is credited with bringing from heaven the five images of Tyāgarāja (Somāskanda), the principal one among which is enshrined in Tiruvallur. That the story of the cow and her dead calf which is of great local interest at Tiruvallur, is specially depicted here in painting and at Penukoṇḍa in sculpture, suggests the possibility of this figure being Mucukunda. The stylized contour of the monkey’s face, which is characteristic of the drawings of the animal in the Vijayanagara period, is noteworthy.