Photo 18 of 37 in Gallery: Vijayanagara Paintings 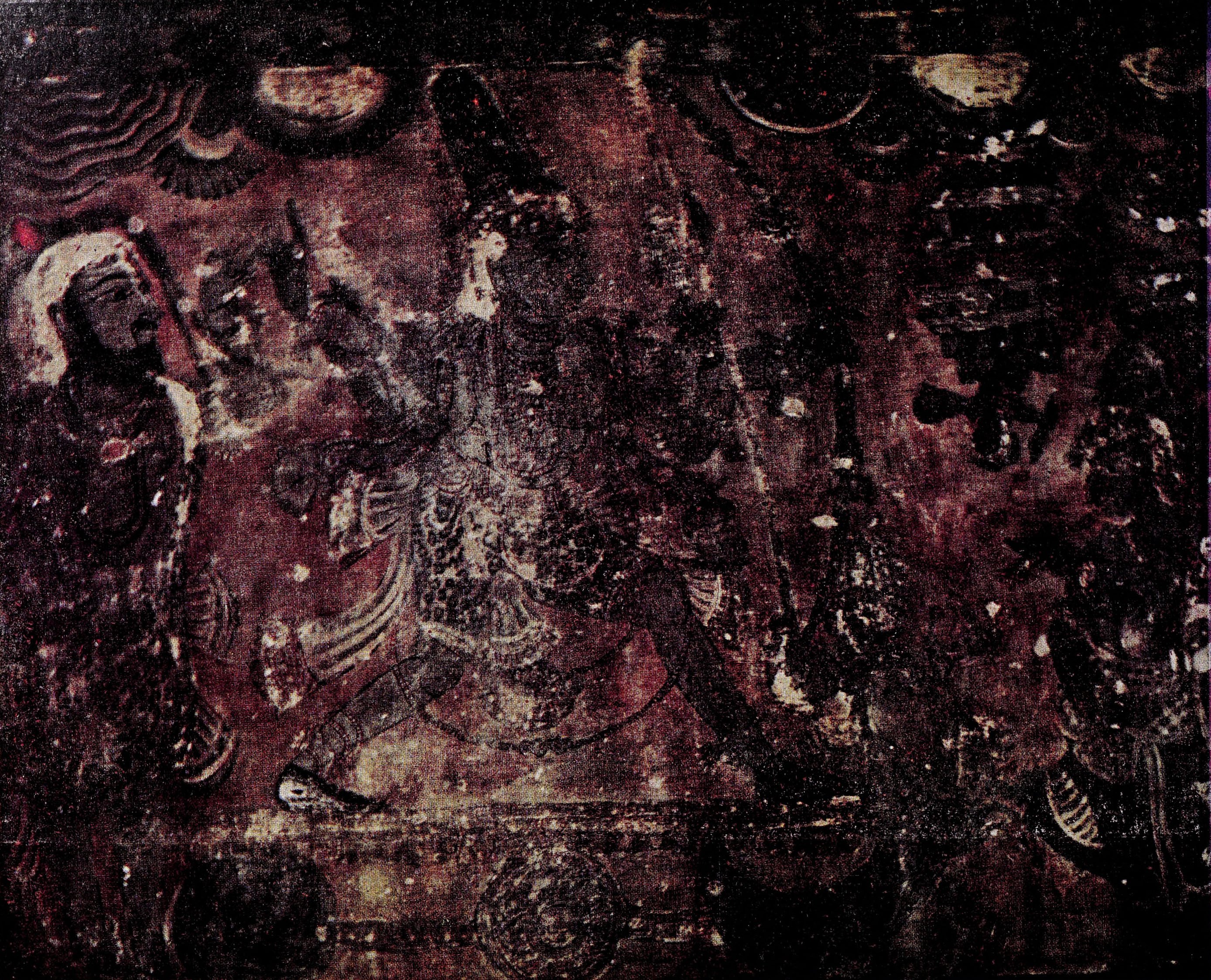 The saviour of the three worlds in the warrior’s ālīḍha attitude is shown in the next painting. He rides the strangest chariot to destroy the Tripuras, the earth with wheels composed of the sun and moon. The horses are the four Vedas and the charioteer is Brahmā. The weapon chosen by Śiva to destroy these formidable demons are not less significant, as he bends his bow, mount Sumeru, twangs the bowstring in the hiss of Vāsuki, and shoots the arrow, which shape Viṣṇu himself assumed, for the destruction of the Tripuras.

The picture shows the defeat of the Tripuras to the great admiration of the devotees around. Again the theme of the Tripuras, which has been the greatest favourite, and about which Kālidāsa himself has sung in the Meghadūta describing the Kinnarīs singing the glory of the theme of the greatest achievement of Śiva, the victory over the Tripuras, a story narrated as early as in the Yajurveda in the Taittirīya-Saṃhitā, is wonderfully given at Ellora in the famous panel where Viṣṇu speeds as the arrow in complete human form.