Photo 11 of 37 in Gallery: Vijayanagara Paintings 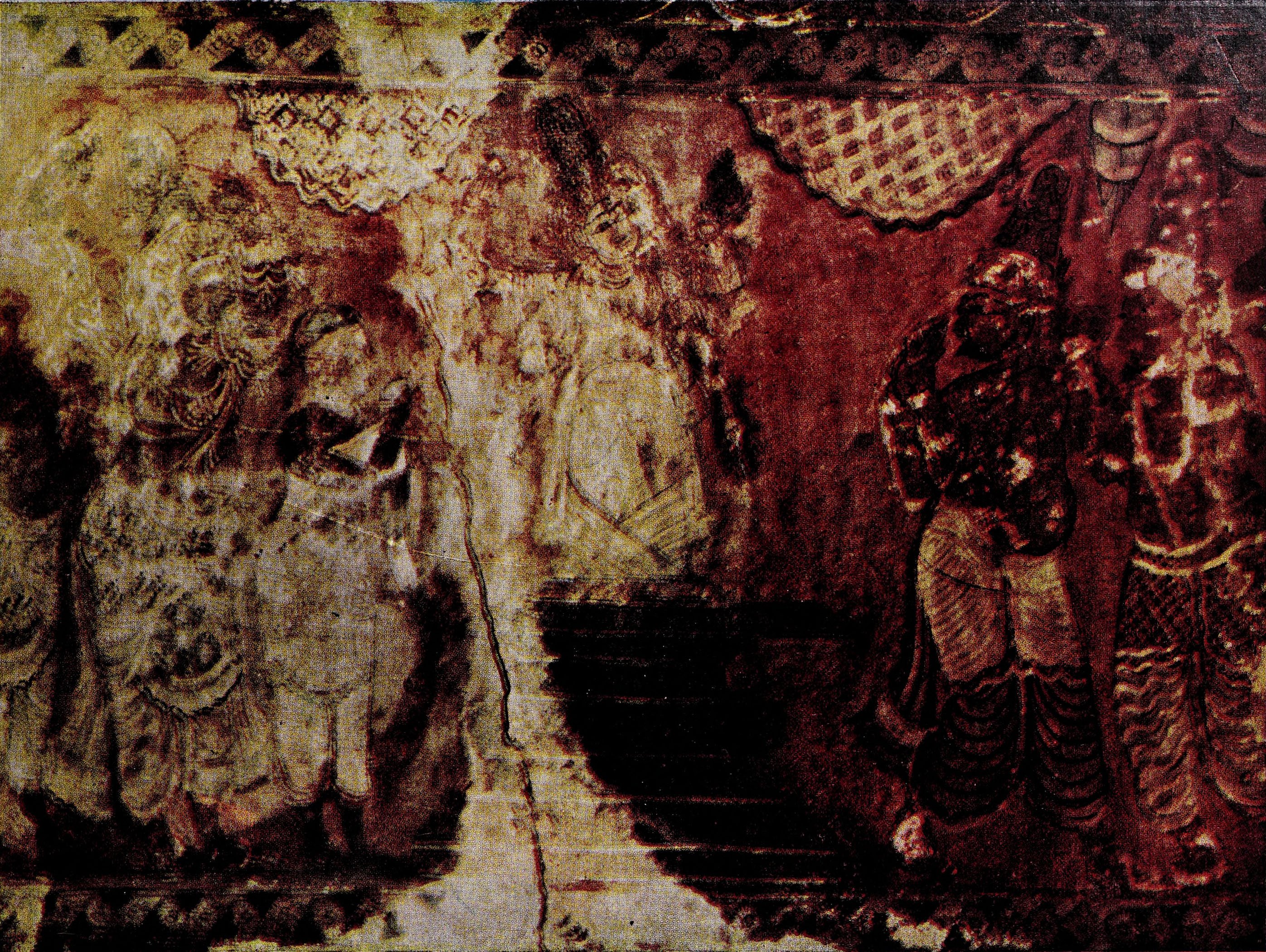 The most important series of paintings here is from the ceiling of the ardhamaṇḍapa, rich in the presentation of various forms of Śiva. It starts with Siva rising from the liṅga and assuring protection to devotees offering him worship, particularly the youth nearby, who, but for the absence of Yama with a noose to torment him, should be taken to be Mārkaṇḍeya. It may be the moment after Yama was repelled that is chosen by the artist for depiction. We may recall that Śiva as Mārkaṇḍeyānugrahamūrti has been very popular, and there are specially sculptural representations in several temples, including the famous Kailāsa at Ellora, where it is graphically presented, Śiva arising out of the liṅga in almost this fashion, except that it is an earlier version with a natural difference that is to be expected in an eighth century concept as against a sixteenth century depiction here. It is certainly Mārkaṇḍeya and Siva as the lord bestowing grace, anugrahamūrti.