Photo 5 of 37 in Gallery: Vijayanagara Paintings 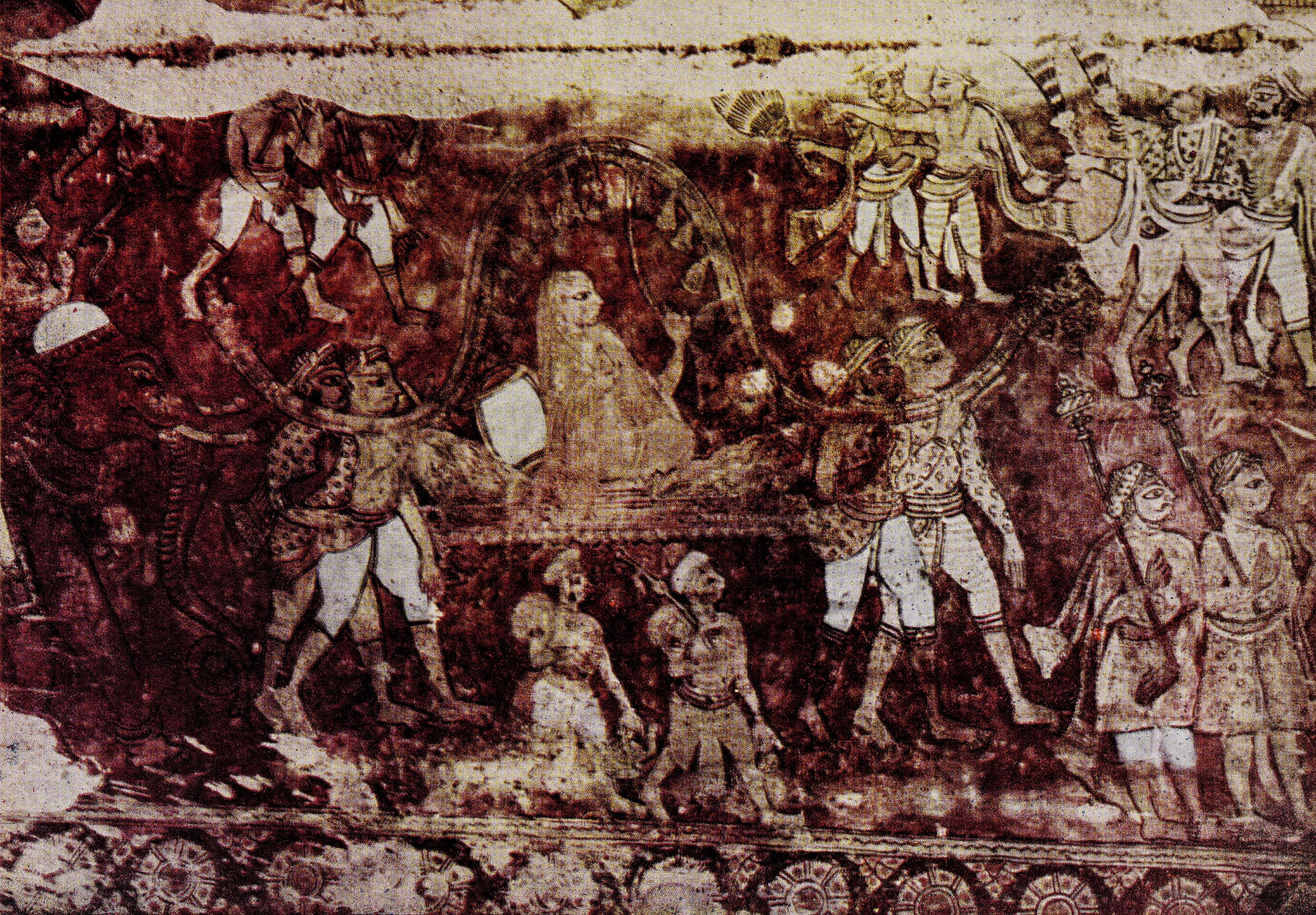 Vidyāraṇya will long be remembered as the greatest pontiff at Śṛṅgeri of the seat of Śaṅkara who established his monasteries in different places in India with his order of several monks to propagate Advaita that he so lovingly taught in his short span of life of thirty-two years. Vidyāraṇya’s name is perpetuated in the name Vidyānagara for Ānugundi. This portrait of Vidyāraṇya in a painting ranks in importance with the portrait of Śaṅkara himself, who lived in the eighth century, and who has been immortalised in a portrait of his as a young boy of twelve, seated with hands clasped by the side of Vyāsa to the right of a niche enshrining Dakṣiṇamūrti in a miniature Pallava temple at Kāñchīpuram [Kāñchīpura?].

This long procession in the painting with Vidyāraṇya in a palanquin, preceded and followed by a large retinue, including elephants, camels, cavalry, trumpeters, banner-bearers and other hosts, is an impressive scene of the fourteenth century, recorded a century' later. It may not be exactly of the time of Vidyāraṇya himself. It may be that it is later by half a century or more, but still the image of Vidyāraṇya teas fresh, and it is not ruled out that the painter himself may have followed an earlier painting of Vidyāraṇya himself of his own date, which may have served as the model for this large mural painting which is from the ceiling of the pillared hall.