Photo 4 of 37 in Gallery: Vijayanagara Paintings 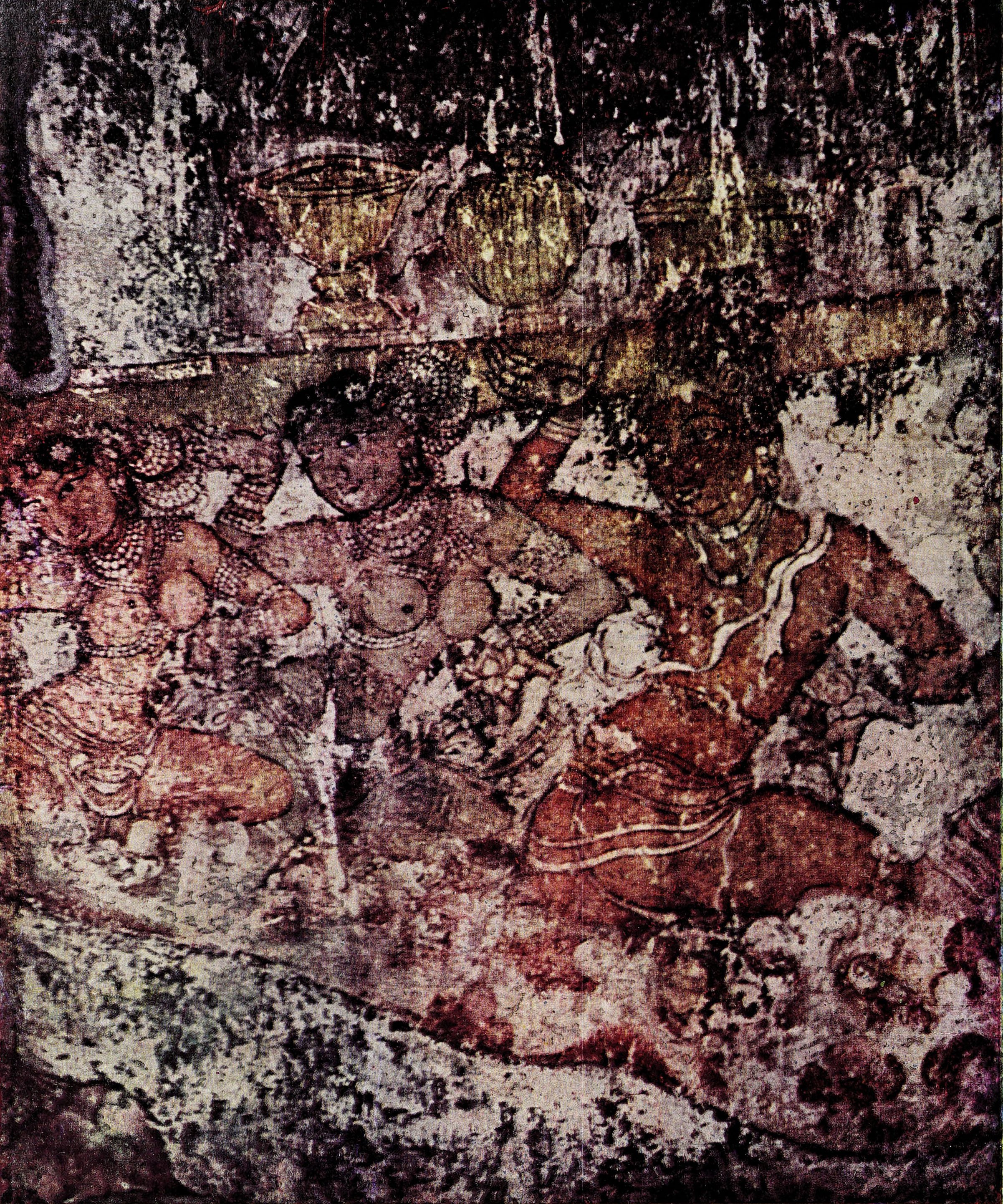 The discovery of Chola paintings around the main cell and the main cell in the Bṛhadīśvara temple by S. K. Govindaswami in 1930, was indeed a remarkable wonder, as it reveals a great phase of art, a regular picture gallery of early Chola paintings. There are here however two layers, one of the Nāyaka period on top, portions of which have fallen and reveal the other, the earlier one below, of fine Chola paintings.

Originally the entire wall and the ceiling were decorated with exquisite paintings by Rājarāja. The later renovations and additions have covered up or ruined the earlier ones. The Chola paintings now exposed are mainly on the western side. There is a huge panel of Śiva as Yoga Dakṣiṇāmūrti seated on a tiger skin, with a yoga band on his leg, across his waist and right knee, watching the dance of the two Apsarasas as a connoisseur. Śiva is not only a dancer and an exponent of dance but also a connoisseur. At Mahābalipuram [MahābalIpura] there are Pallava sculptures showing him as a teacher of dance, instructing Taṇḍu in the violent dance tāṇḍava and in the delicate nuances of lāsya to Bharata, the sage who initiated flexions, remind one of Kālidāsa’s description of Mālavikā, “her body is fashioned to suit the taste of the dancer”.

The artist has been lavish in his gift of ornamentation and embellishment. The figures of the two dancing damsels as Śiva witnesses correspond exactly to the description of the Daitya princess Mahallikā, with jewel on forehead and anklet on foot, joyous eyes, curly hair, pearly teeth and rounded breasts, appearing as though she were Dance itself fashioned by the Creator to create fresh modes of dance. [...]