Photo 4 of 9 in Gallery: Vaisnava Agamas and Visnu Images 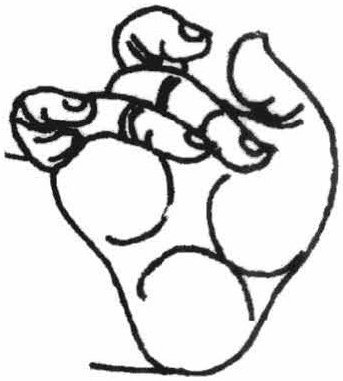 Simhakarna or Simhakarnamudra refers to the “lion’s ear hand gesture”.—In Simhakarna-mudra, according to Kashyapashilpashastra (64.13b-14a), the middle finger remains bent and reaches the middle of the palm; the ring finger is half-bent; and other fingers are slightly bent. In general, this gesture, especially the index finger and little finger, resembles the lion’s ear. As per Liebert, this mudra resembling the lion’s ear signifies the hand pose of the right hand having just released the bowstring when shooting-off an arrow, this pose being very similar to that of holding a flower in kataka-mudra.

Both the Pancaratra and Vaikhanasa Agamas extensively deal with the technical features on temple art and architecture. Sometime , they detail certain stance or pose but do not mention the technical term: the same way.... In order to study and understand the iconography of the Vaishnava Agamas, is inevitable to consult the treatises on dance (Natya-shastra), sculpture (Shilpa-shastra) and architecture (Sthapatya or Vastu-shastra).