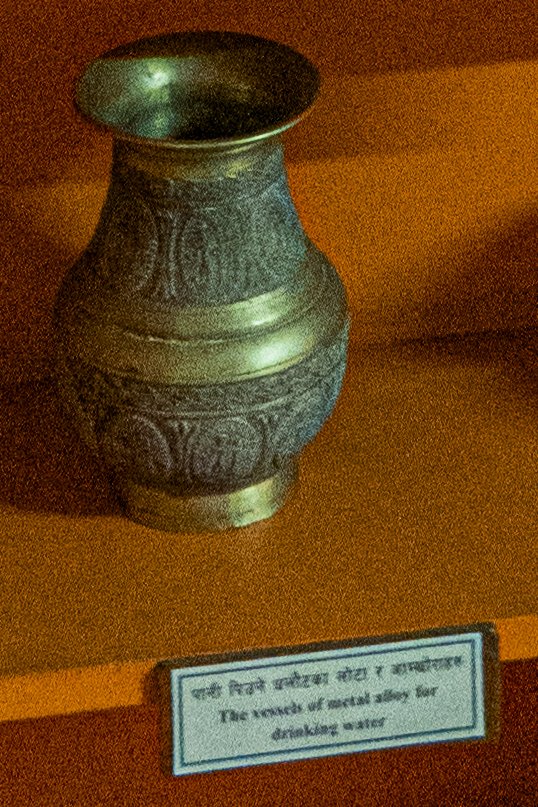 The vessels of metal alloy for drinking water.

Note: Devanagari text and transliteration is not available.