Photo 3 of 29 in Gallery: The Thakali (ethnic group) 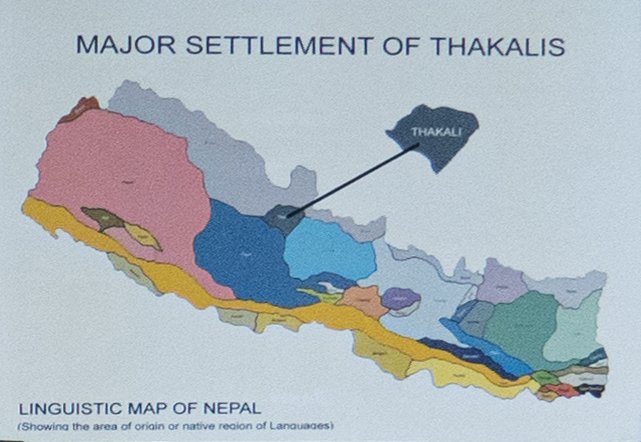 Major settlement of Thakalis: Linguistic map of Nepal (Showing the area of origin or natie region of Languages).