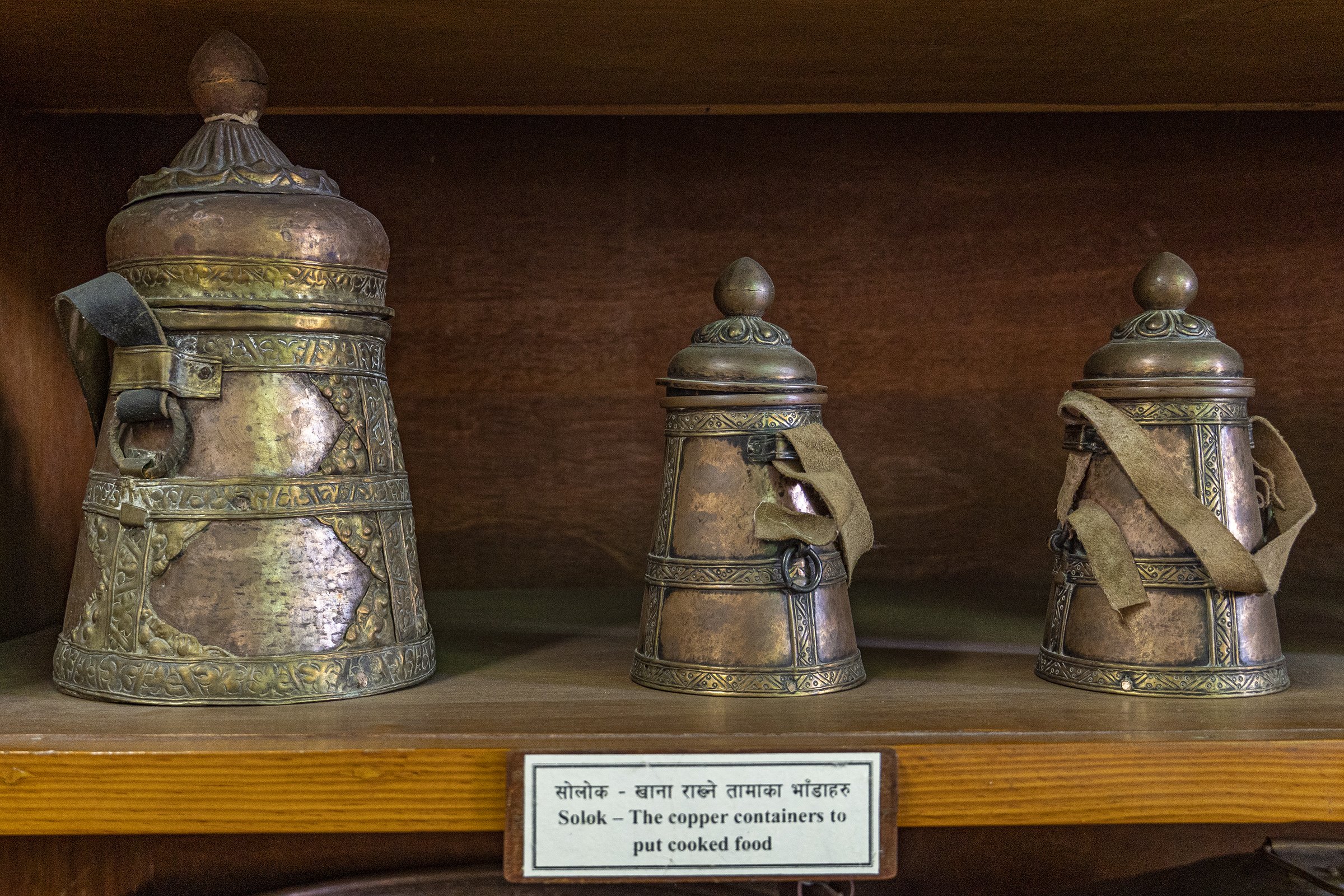 Solok (सोलोक) refers to the “copper containers to put cooked food”. It is a Nepali word which can also be transliterated as Soloka.