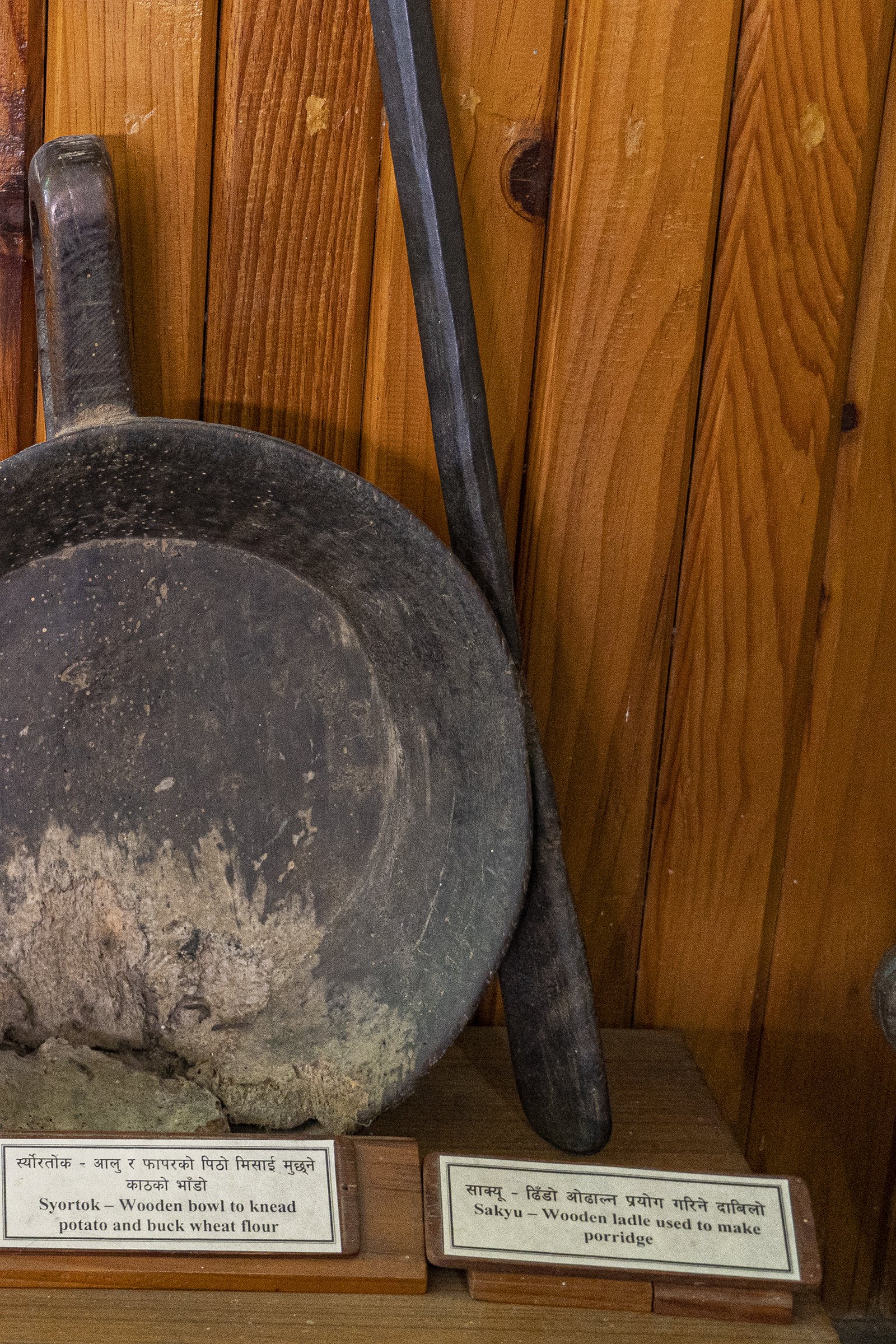 Sakyu (साक्यू) refers to a “wooden ladle used to make porridge”. It is a Nepali word which can also be transliterated as Sākyū.