Photo 8 of 17 in Gallery: The Pashupatinath Temple 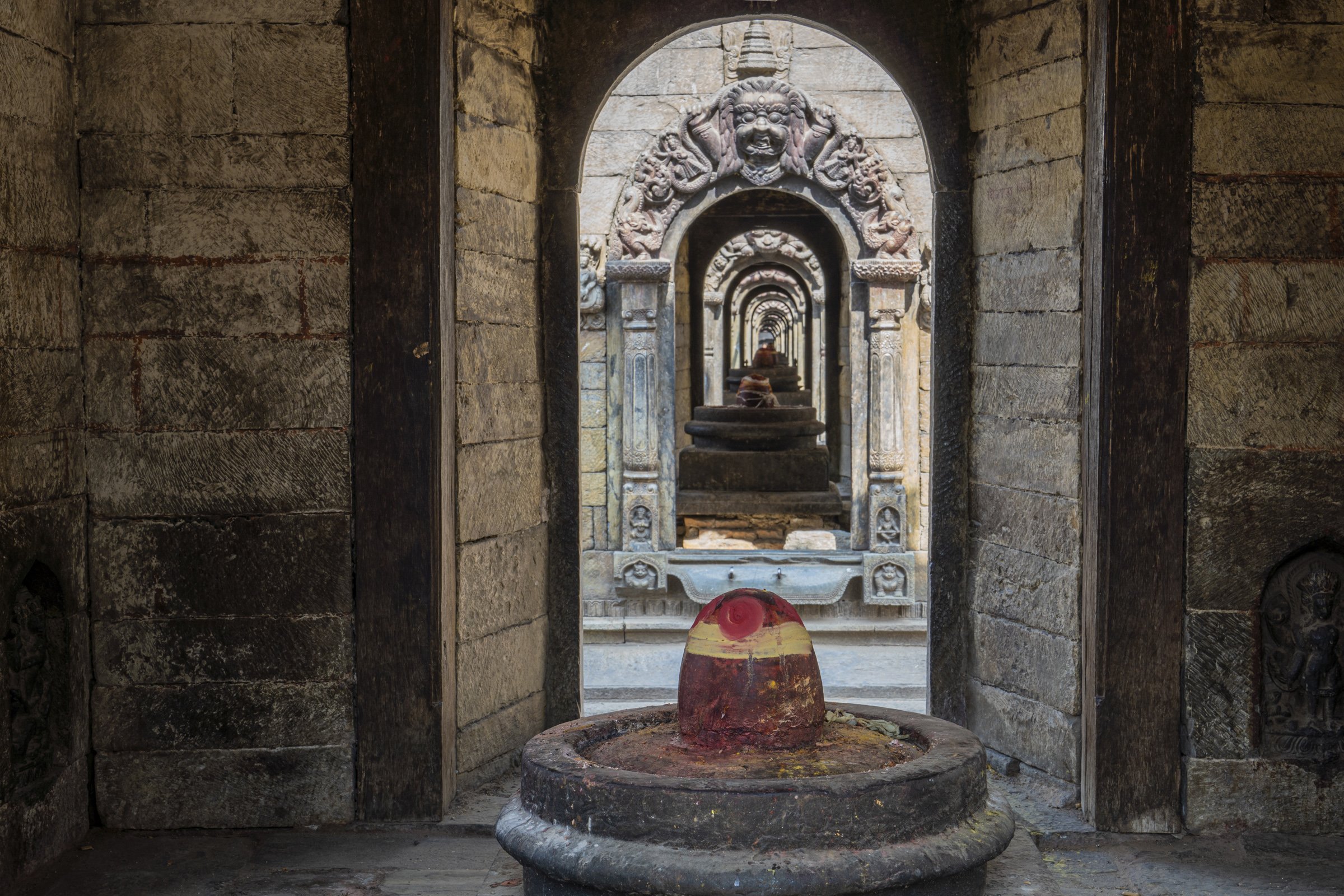 This photo shows a series of smaller religious structures each housing a Linga (phallic symbol of Shiva). These buildings are open on two sides, so that one can see all the Lingas. Each doorway feauters beautifully decorated architectural features, commonly found in Nepal and possibly built according to the principles of Vastushastra (science of architecture). The Lingas are colored and show clear signs of remnants of religious offerings.