Photo 11 of 17 in Gallery: The Pashupatinath Temple 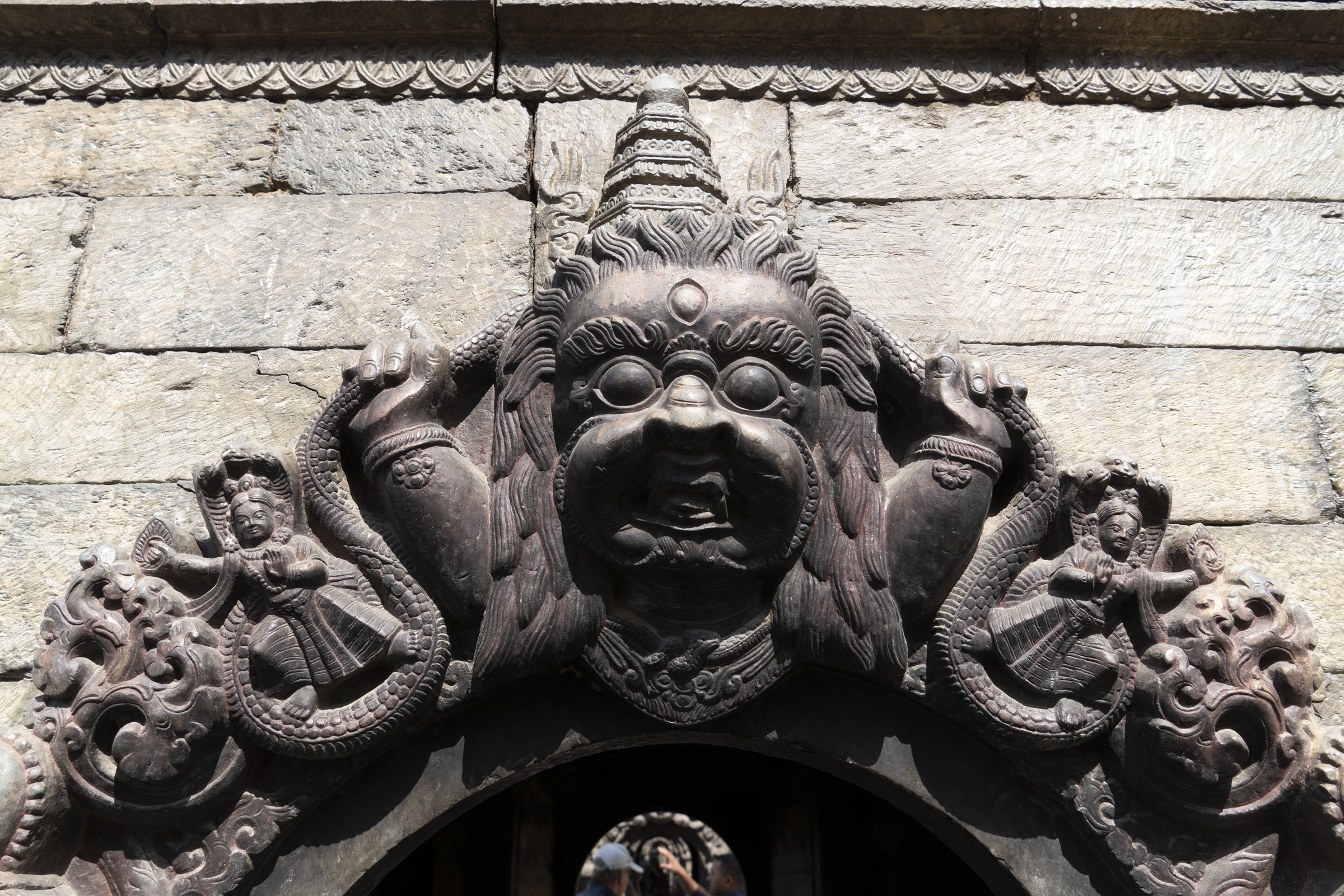 At one side of the Bagmati river, opposite to the main temple, stands a series of smaller religious structures each housing a Linga (phallic symbol of Shiva). These buildings are open on two sides, in the way that if one stands at the first or the last, one can sees all the Lingas. Above each opening hangs a beautifully decorated Torana (arched doorway), a typical feature of both Nepal temple architecture, as well as a prominent concept in Vastushastra (science of architecture).