Photo 7 of 17 in Gallery: The Pashupatinath Temple 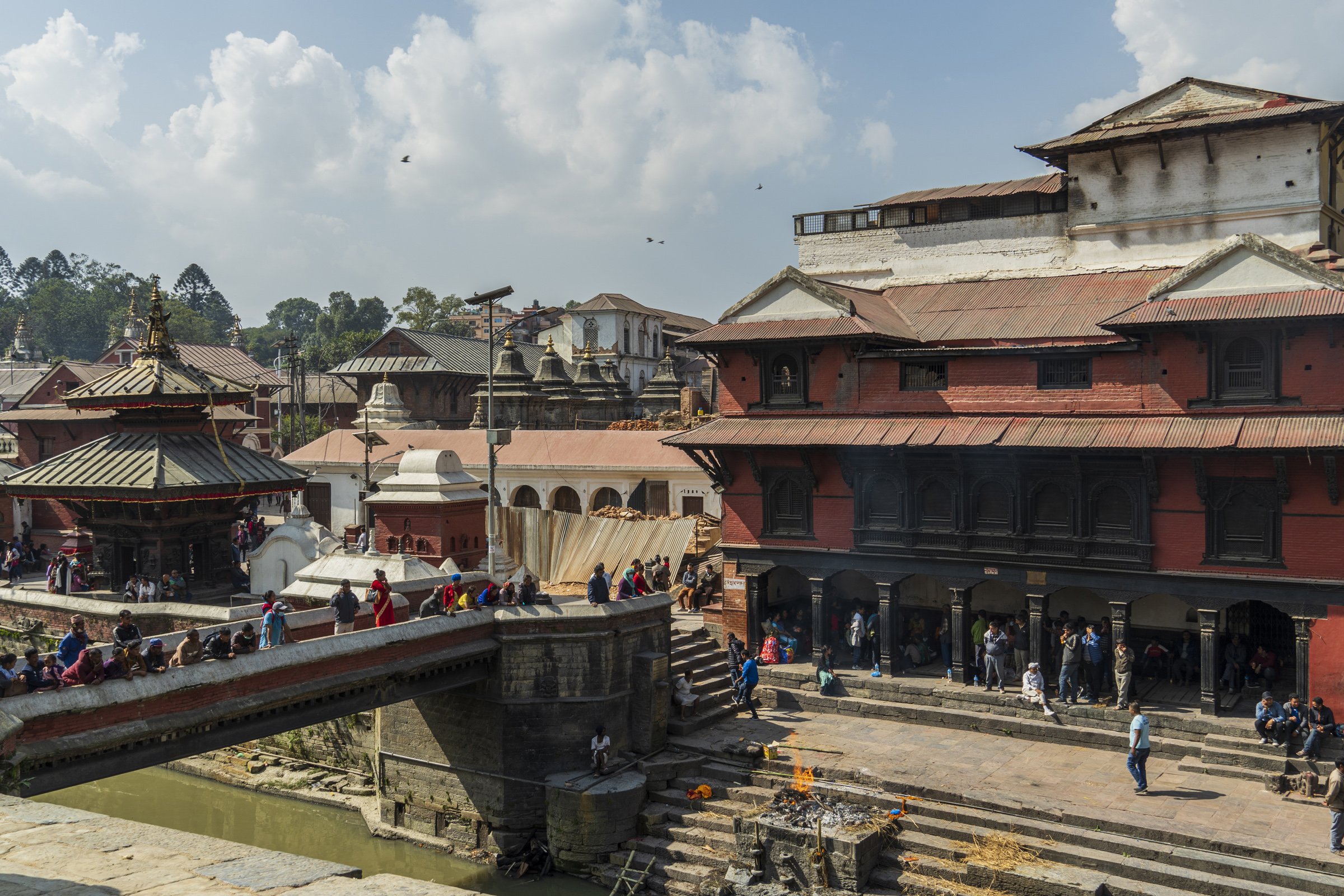 There is a stone bridge spanning over the Bagmati river which connects the main Pashupati temple complex with the other side of the river. Many tourists and pilgrims use this bridge in either direction. When you cross the bridge starting from the Pashupatinath, you will reach a set some stairs and a variety of other religious structures.

At the bottom of the bridge’s junction with earth is a small podium inhabited by a person clad in white clothes. He was in charge of various tasks among which maintaining the fire. When standing on the bridge itself one can observe the ongoing funeral processions if one wishes to.