Photo 1 of 17 in Gallery: The Pashupatinath Temple 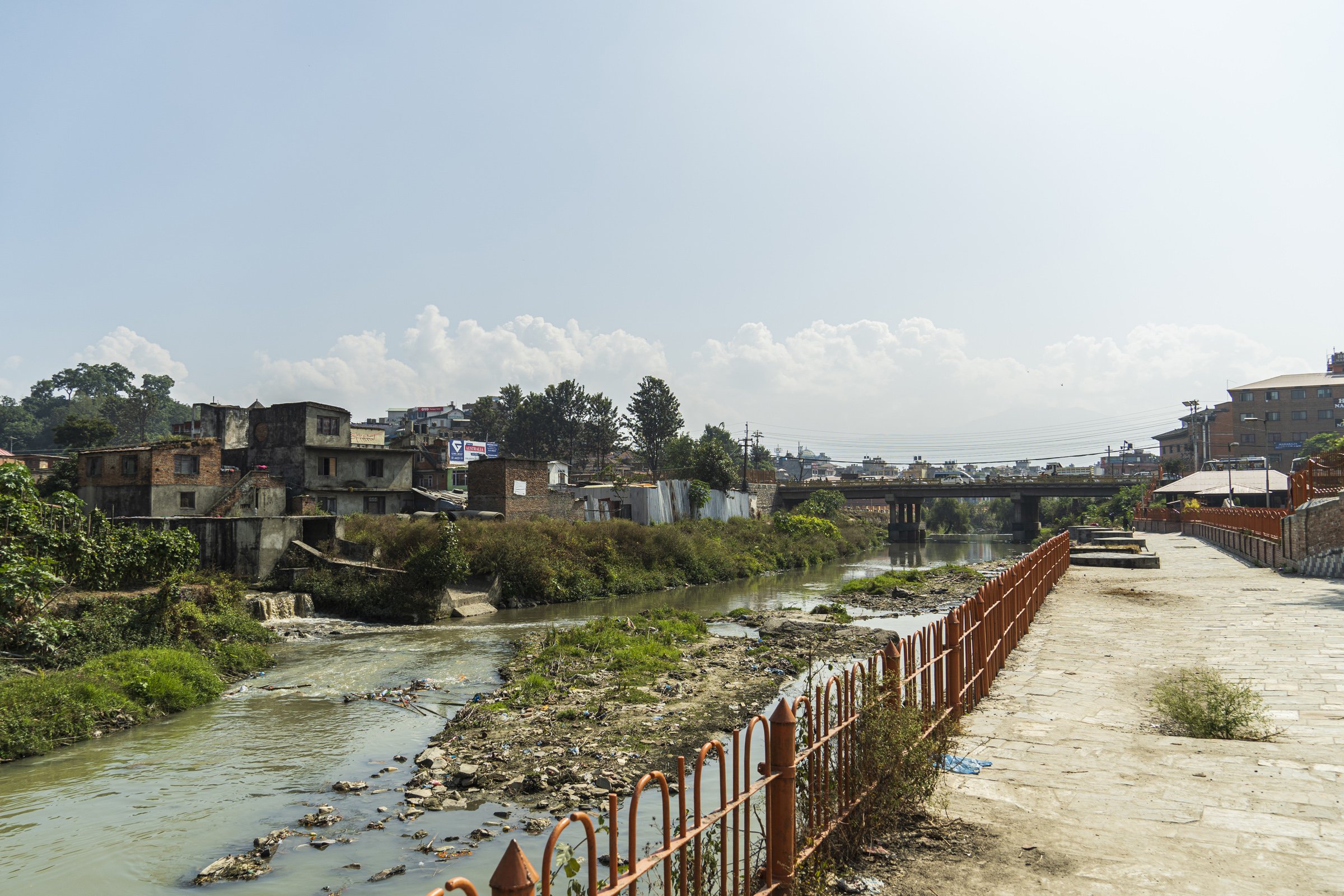 This photo shows the Bagmati river, along whose banks is situated the Pashupatinath temple. This river is sacred in both Hinduism and Buddhism and originates out of a confluence of rivers near the Shivapuri hills. When walking along the Bagmati river towards the Pashupatinath temple, you can find several open chambers where religious followers occasionally practice Puja (ceremonial worship). This consists of a complex combination of meditation, chanting, fire-offerings and other religious observances.