Photo 2 of 41 in Gallery: The Chhantyal (ethnic group) 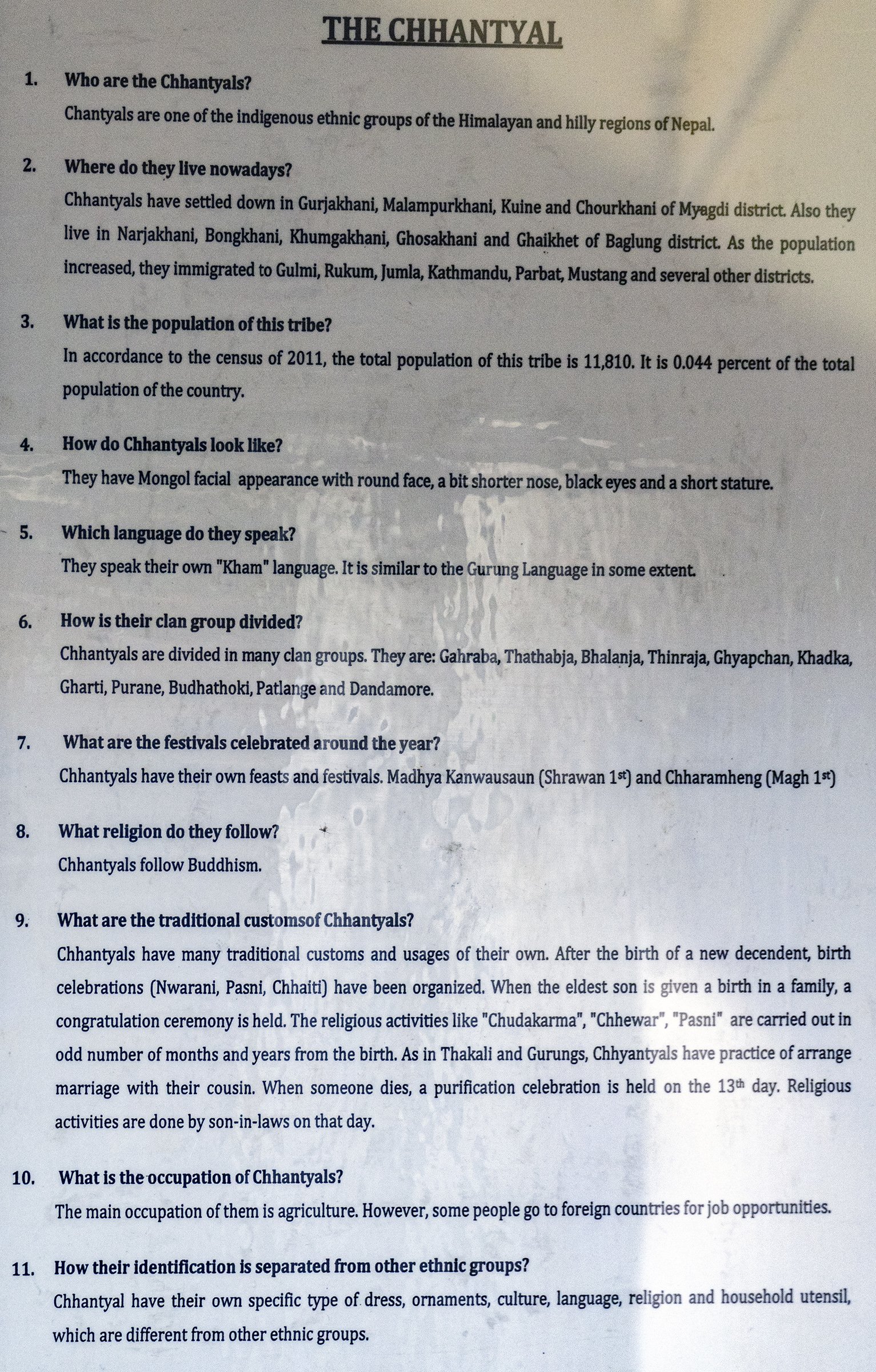 Chantyals are one of the indigenous ethnic groups of the Himalayan and hilly regions of Nepal.

2. Where do they live nowadays?

3. What is the population of this tribe?

They have Mongol facial appearance with round face, a bit shorter nose, blade eyes and a short stature.

5. Which language do they speak?

They speak their own “Kham” language. It is similar to the Gurung Language in some extent

6. How is their clan group divided?

7. What are the festivals celebrated around the year?

Chhantyals have their own feasts and festivals. Madhya Kanwausaun (Shrawan 1st) and Chharamheng (Magh 1st)

9. What are the traditional customs of Chhantyals?

Chhantyals have many traditional customs and usages of their own. After the birth of a new descendant, birth celebrations (Nwarani, Pasni, Chhaiti) have been organized. When the eldest son is given a birth in a family, a congratulation ceremony is held. The religious activities like “Chudakarma”, “Chhewar”, “Pasni” are carried out in odd number of months and years from the birth. As in Thakali and Gurungs, Chhyantyals have practice of arrange marriage with their cousin. When someone dies, a purification celebration is held on the 13th day. Religious activities are done by son-in-laws on that day.

10. What is the occupation of Chhantyals?

The main occupation of them is agriculture. However, some people go to foreign countries for job opportunities.

11. How their identification is separated from other ethnic groups?

Chhantyal have their own specific type of dress, ornaments, culture, language, religion and household utensil, which are different from other ethnic groups.