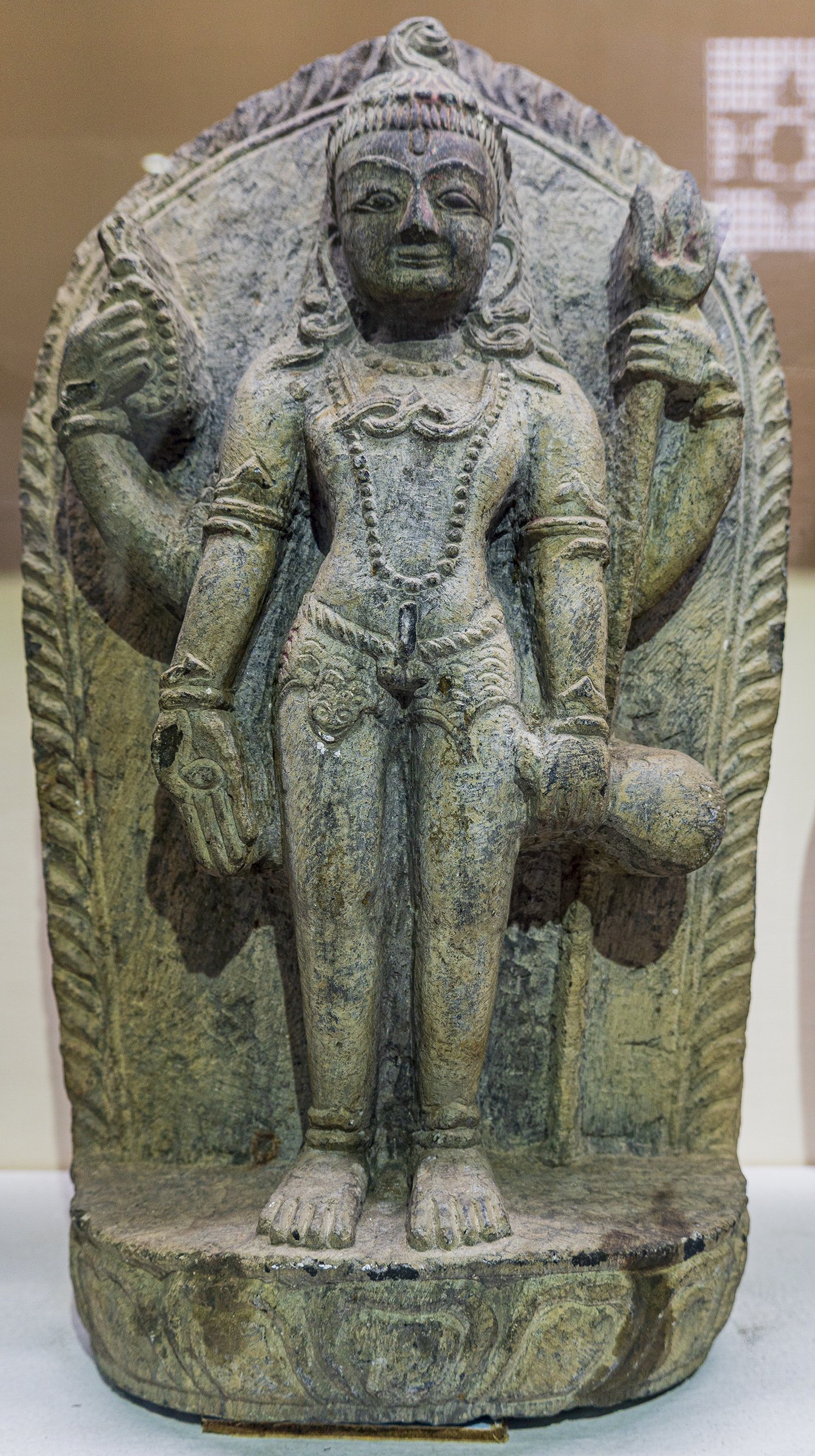 This stone sculpture shows an image of Chatracandesvara.—According to the legends found in the early texts, Chhatrachandesvara or the Lakulisha is considered as the 28th manifestation of Lord Shiva that comes within the Pashupata sect of Shaivism. This standing image with ithyphallic (urdvaretas) posture was made during the medieval period. Two of the four hands have varada posture where as the two other are holding kalasha (a holy vase) and trishula (a trident).