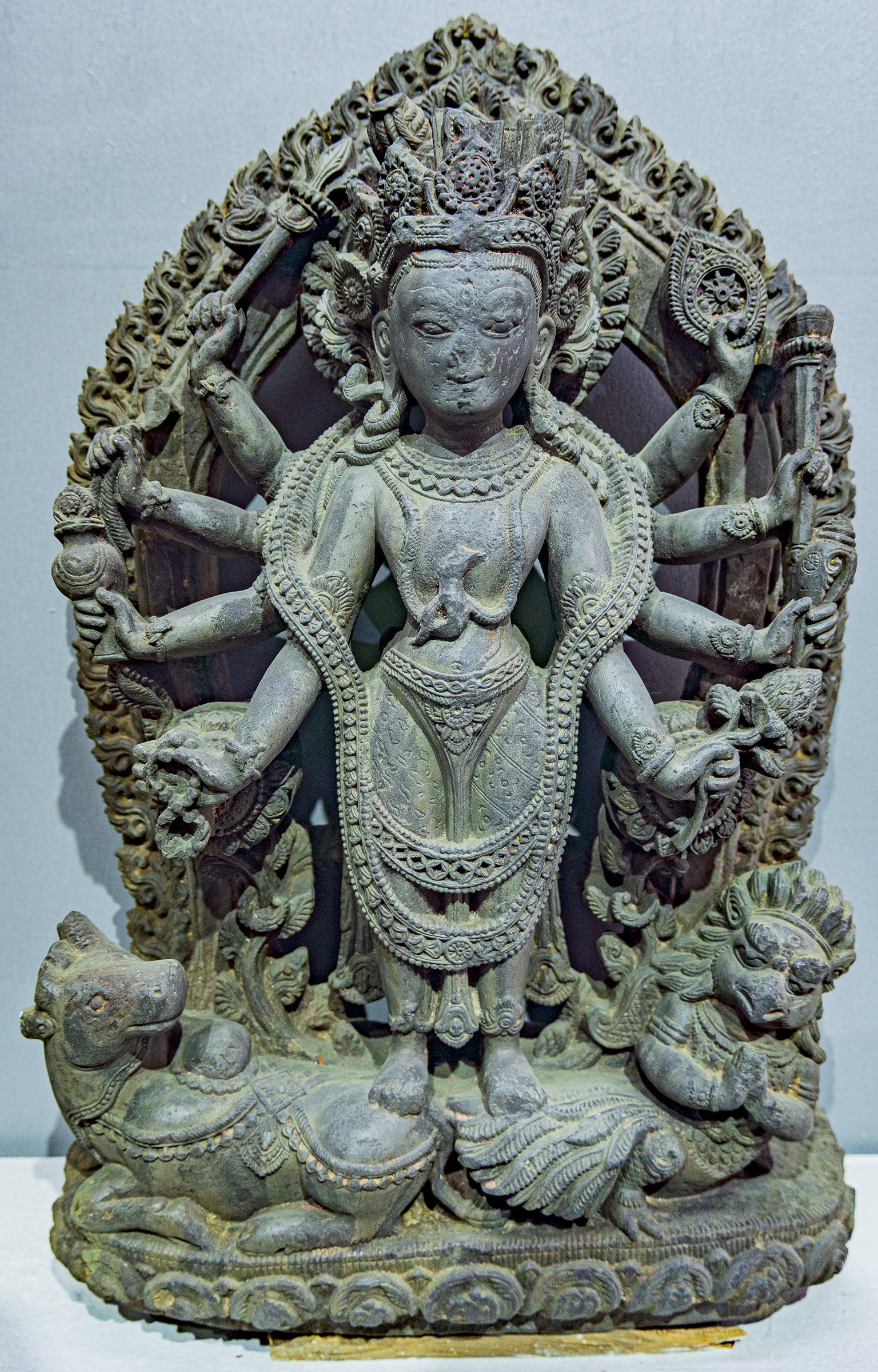 This stone sculpture shows an image of Harihara from the 16th century A.D.—This figure is a composite one with the well-known aspects of Shiva and Vishnu carved in the same image. The right side of the image represents Shiva while the left side is of Vishnu. This type of image is considered as the product of the idea of mutual harmony between two sects.