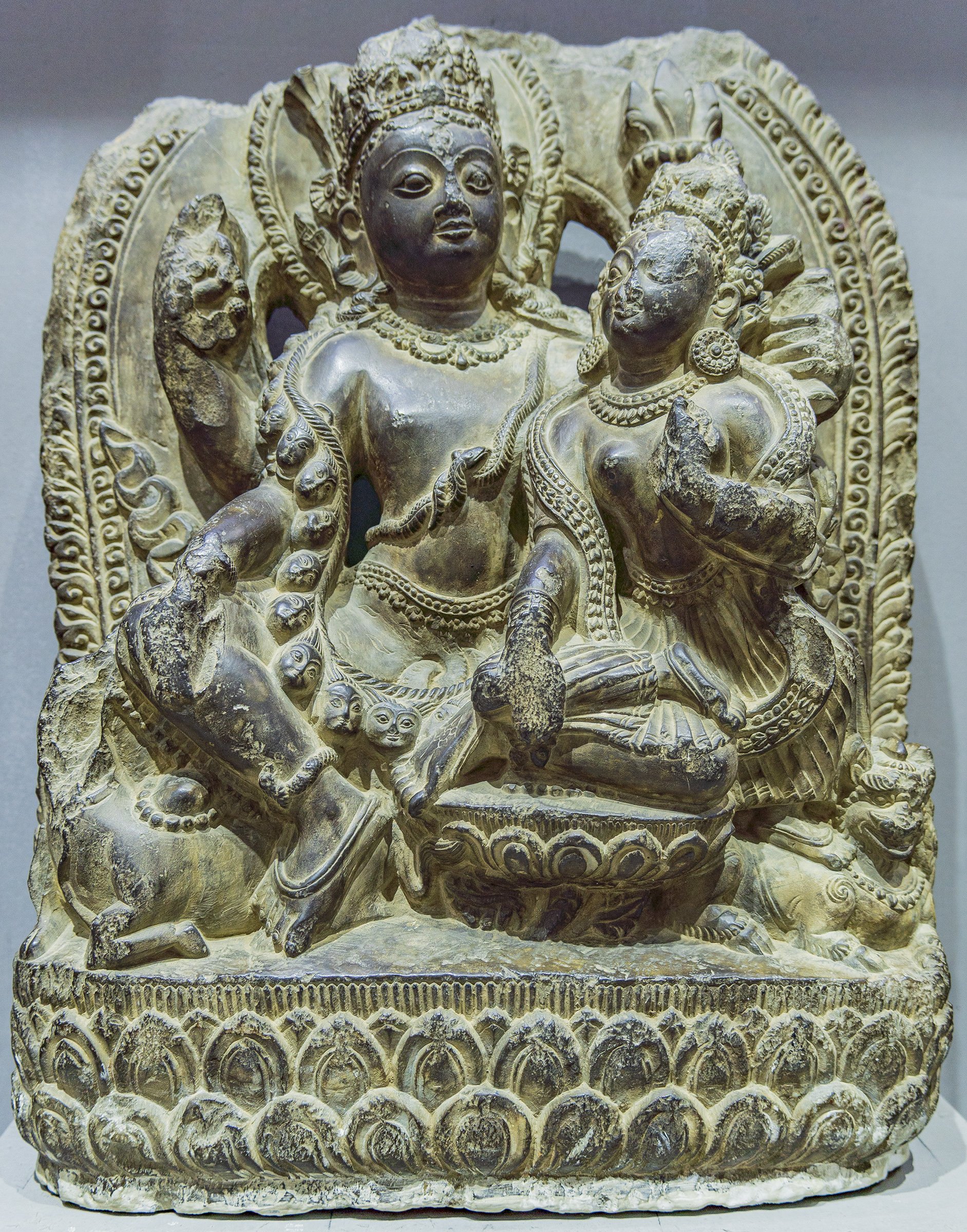 This stone sculpture shows an image of Uma-Mahesvara from the 20th-century A.D.—This beautiful image is shown with the theme of Uma-Mahesvara alinganmurti. Shiva appears to be seated in lalitasana while Parvati on the left is shown leaning playfully towards Shiva. The four-handed Shiva is holding his usual attributes in each of his hand.