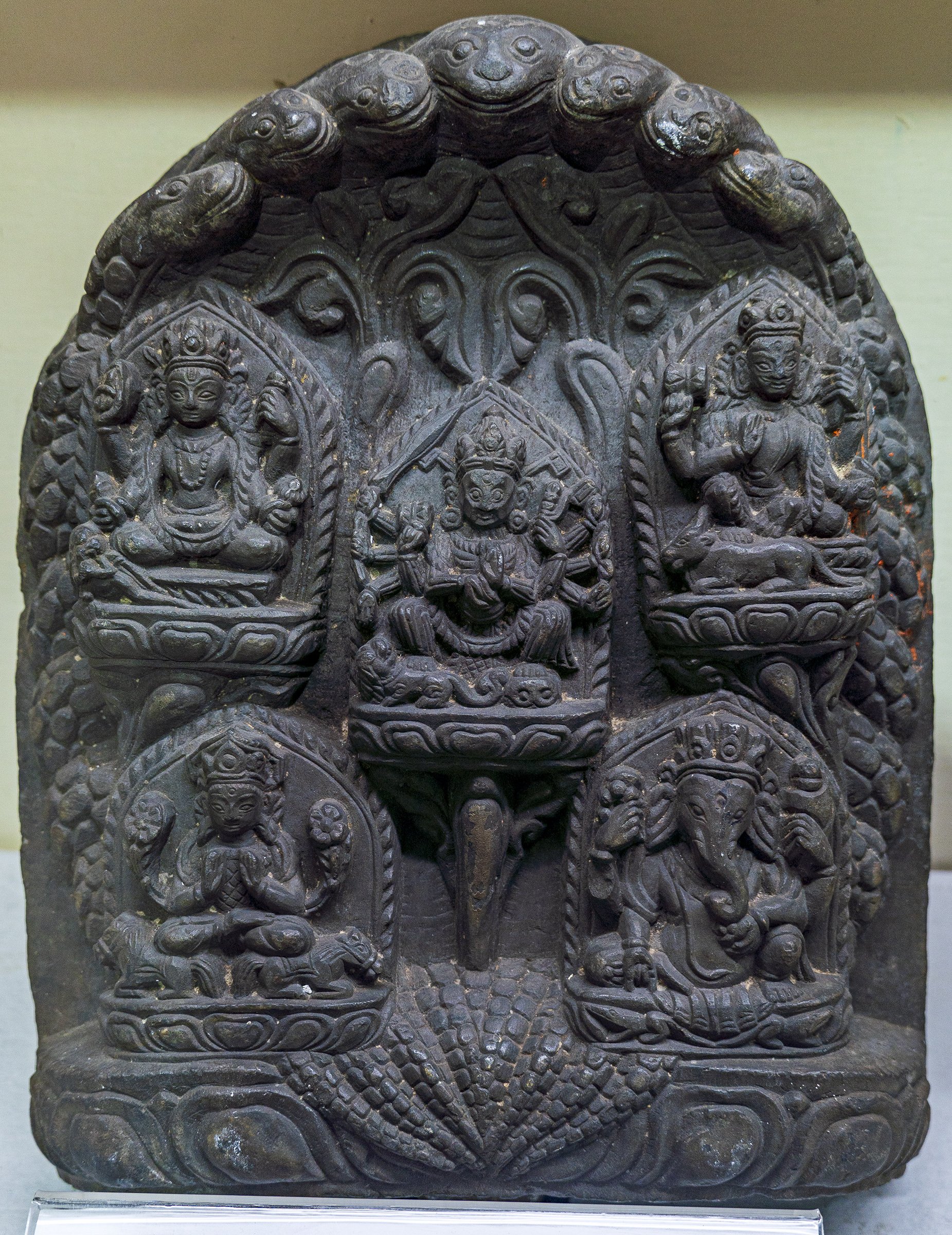 This stone sculpture shows an image of the Panchayan Gods, from 17th century A.D.—The Panchayana is a group of five most popular deities worshipped in the Hindu household. In this image Goddess Kali appears to be seated at the centre on the lotus base. Vishnu and Shiva are shown on the right side, while Surya and Ganesha are on the left. The whole figure is shown under a canopy of a serpent hood.