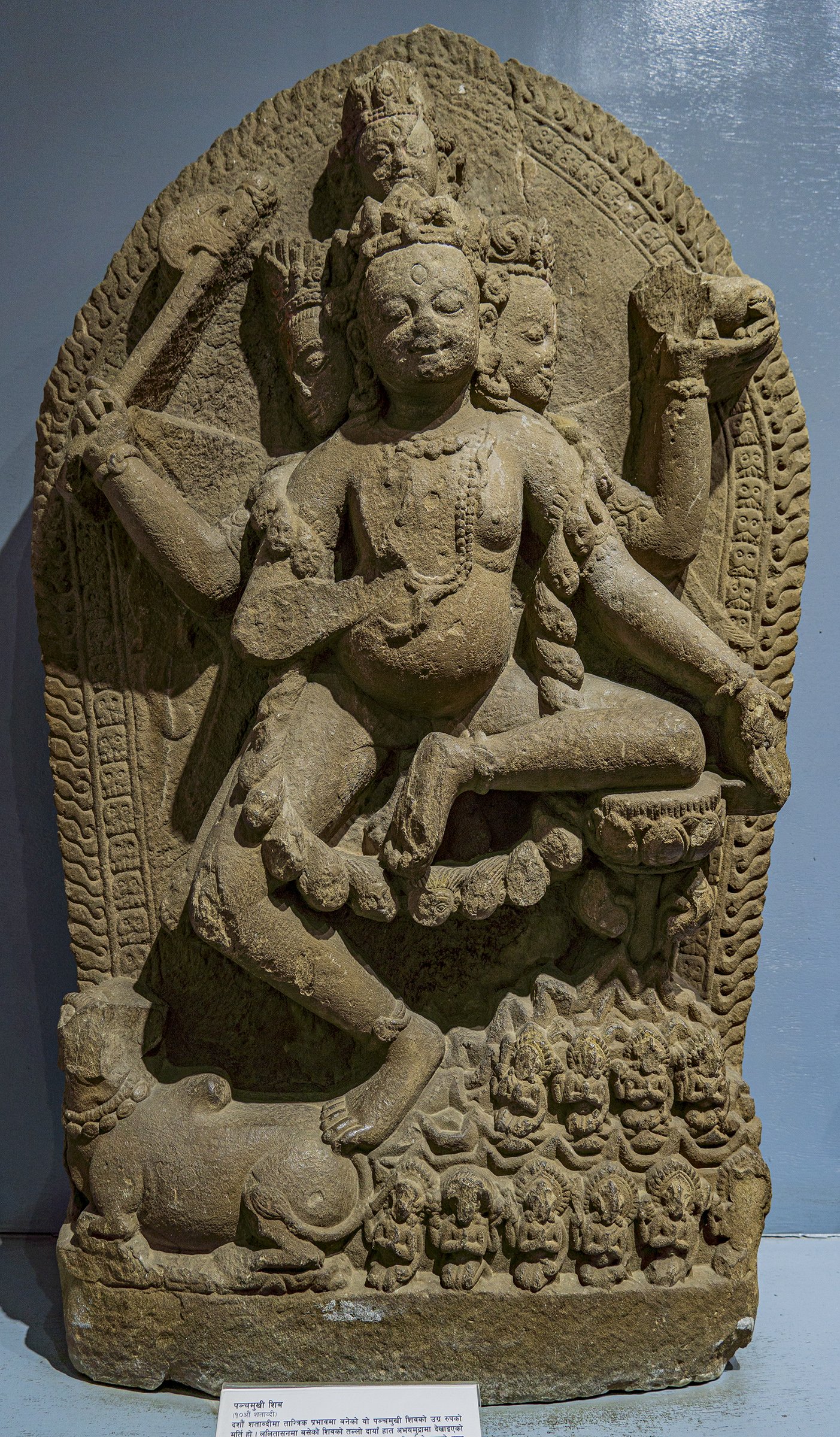 This stone sculpture shows an image of Panchamukhi Shiva from the 10th-century A.D. and represents the fierce form of the God influenced by Tantric practices. Four-handed Shiva is seated in lalitasana with his principal hands holding abhaya, the gesture of reassurance and varada the gesture of munificence while his upper hands are holding axe and deer. The image is wearing a garland of severed human heads.