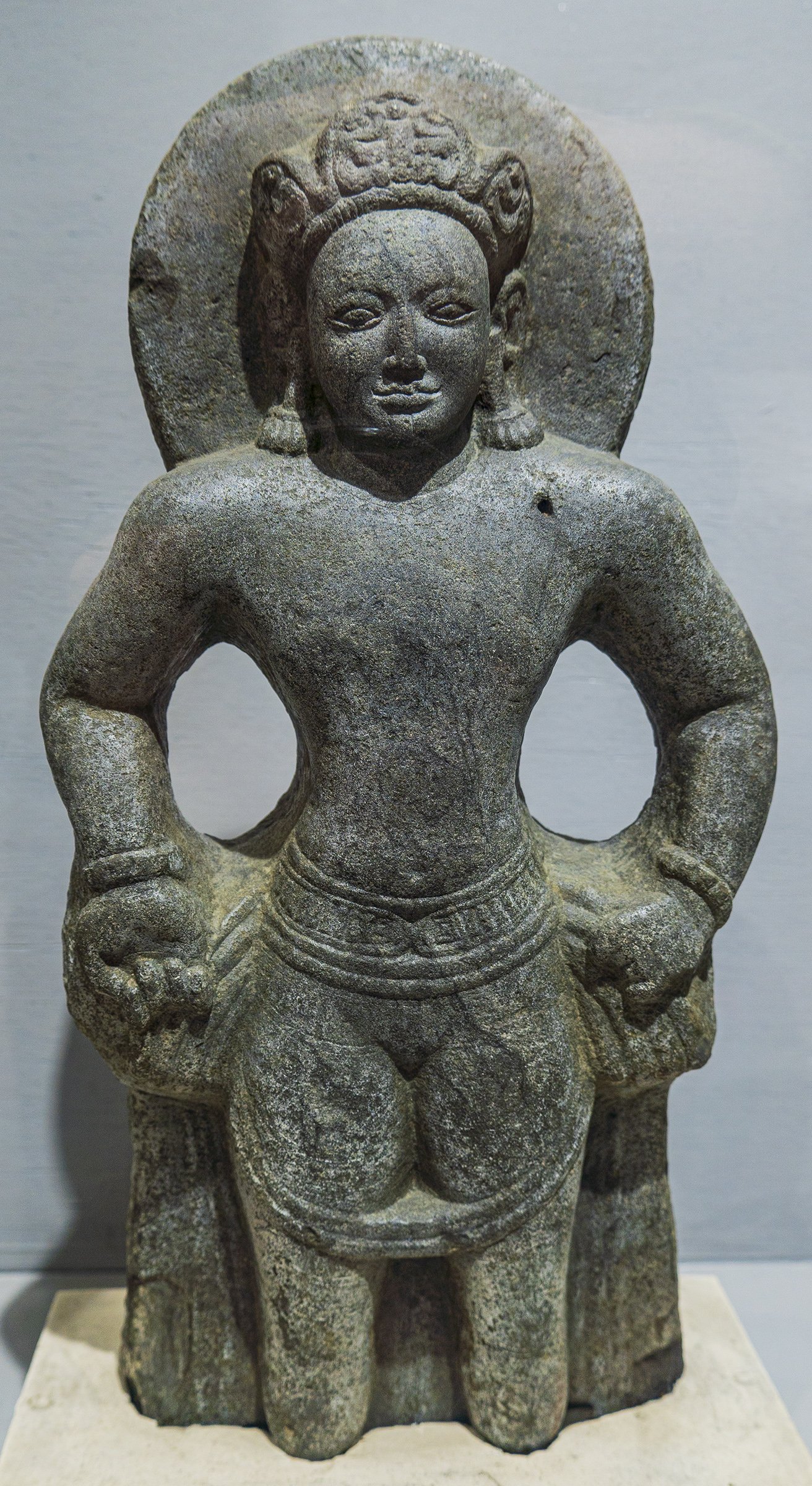 This stone sculpture shows the image of a royal personage (Rajpurush, Rajapurusha, Raja-Purusha) from the 3rd-4th century A.D.—This image of Royal Personage was discovered from the holy site of Pashupati Mrigasthali, Kathmandu. The size of the sculpture is relatively small, yet it exhibits very attractive and powerful personality with all the royal characters such as a tough, standing and addressing' connotation, and a broad chest.