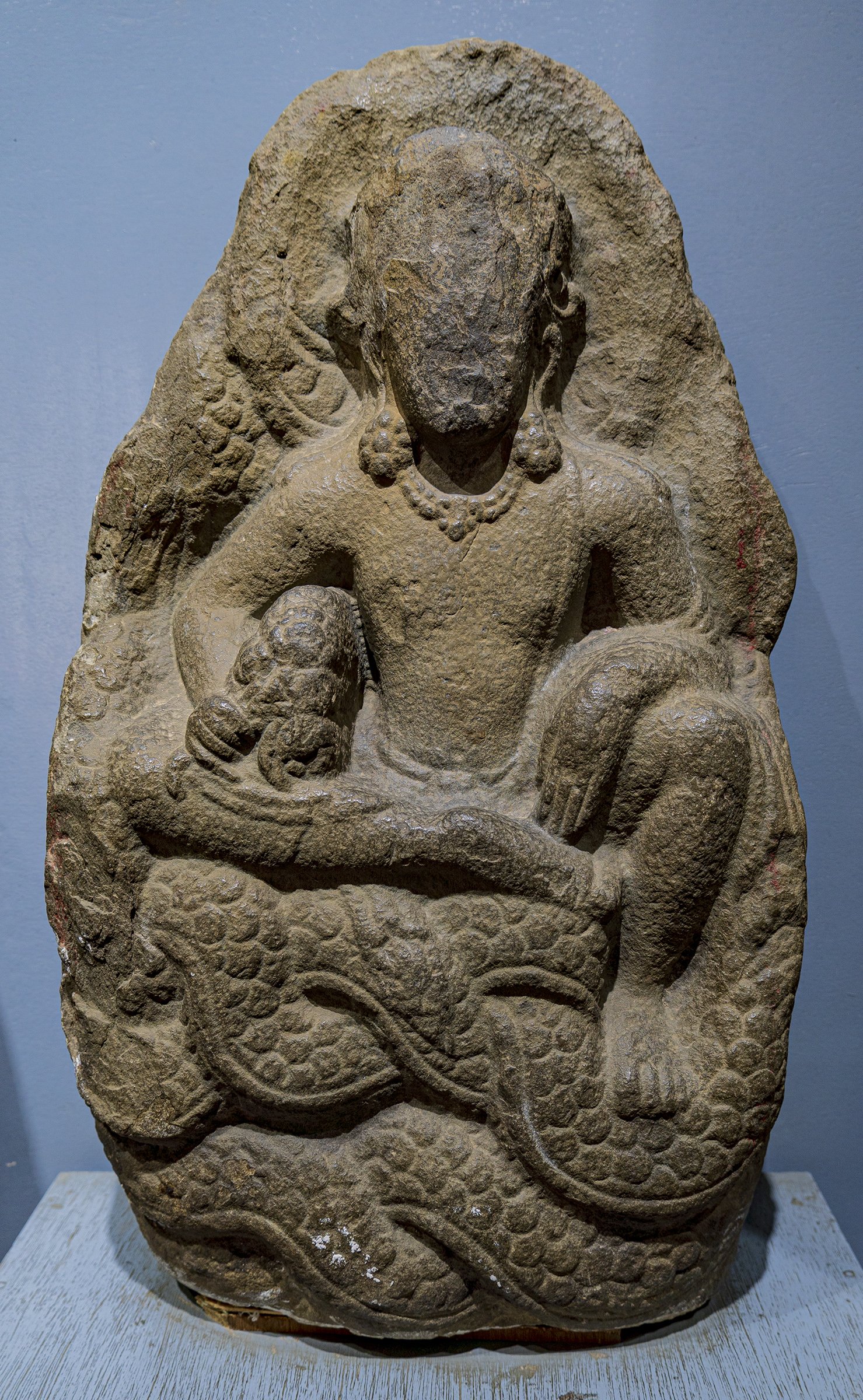 This stone sculpture shows the image of Nagaraj (Nagaraja) from the 13th-century.—The cult of Naga seems to have been widely prevalent both in the Hindu and Buddhist pantheon in Nepal. There is a long standing tradition to worship Naga for rain, water, happiness and prosperity. Ichnographically [Iconographically?], Nagas are generally shown in anthropomorphic form. Here, the crowned Nagaraja is seated on the coils of serpent in lalitasana pose. He wears a crown, flat earrings and necklace.