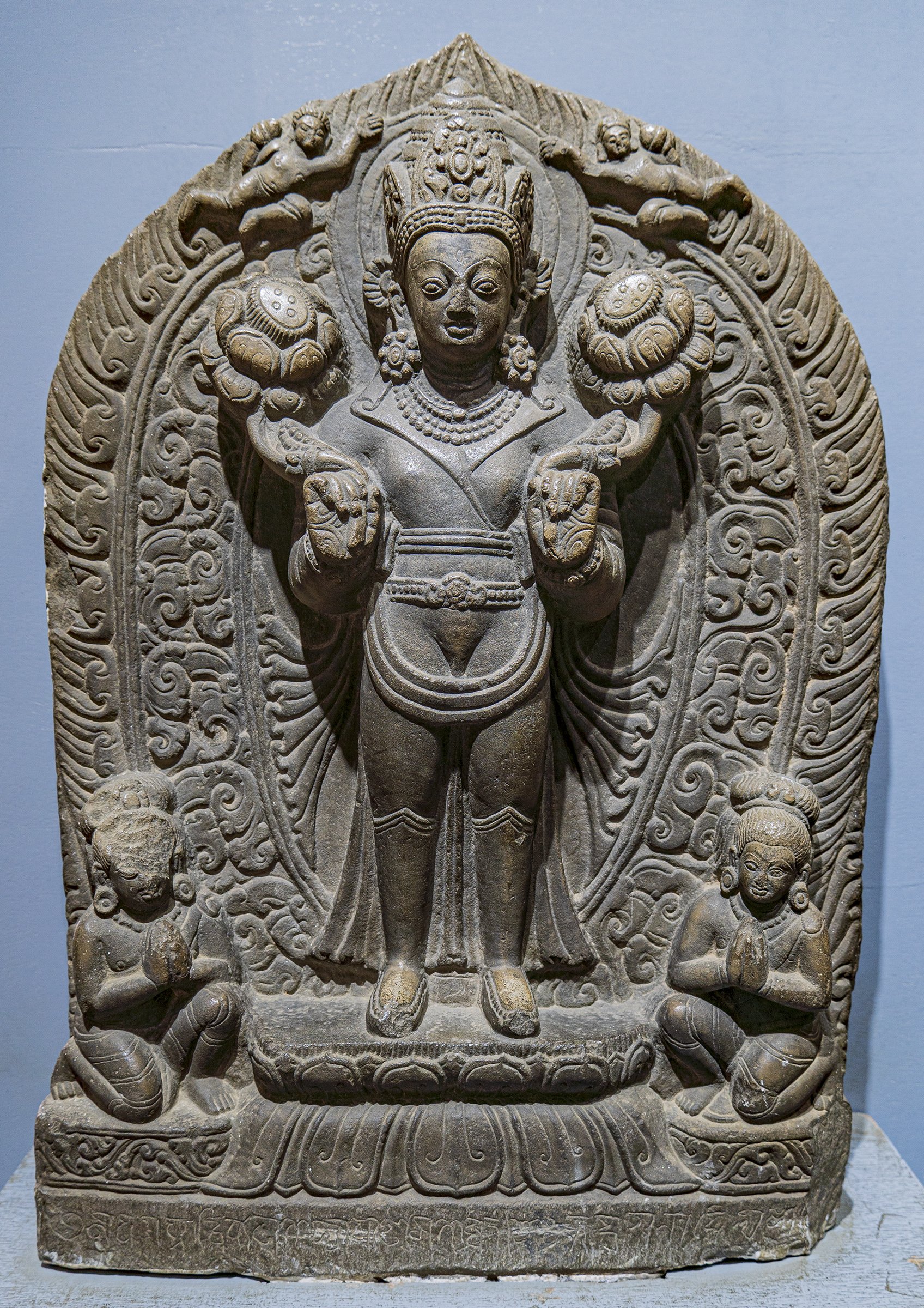 This stone sculpture shows the image of Surya (the sun) from the 12th-century A.D.—The worship of the sun as Solar Divinity has had a long history in Nepal. This image of Surya is one of the earliest images ever found in Nepal. In this panel Surya is hown standing erect in samavanga pose wearing udichya-vesa (northern dress), comprising of the tunic, trousers and high boots.