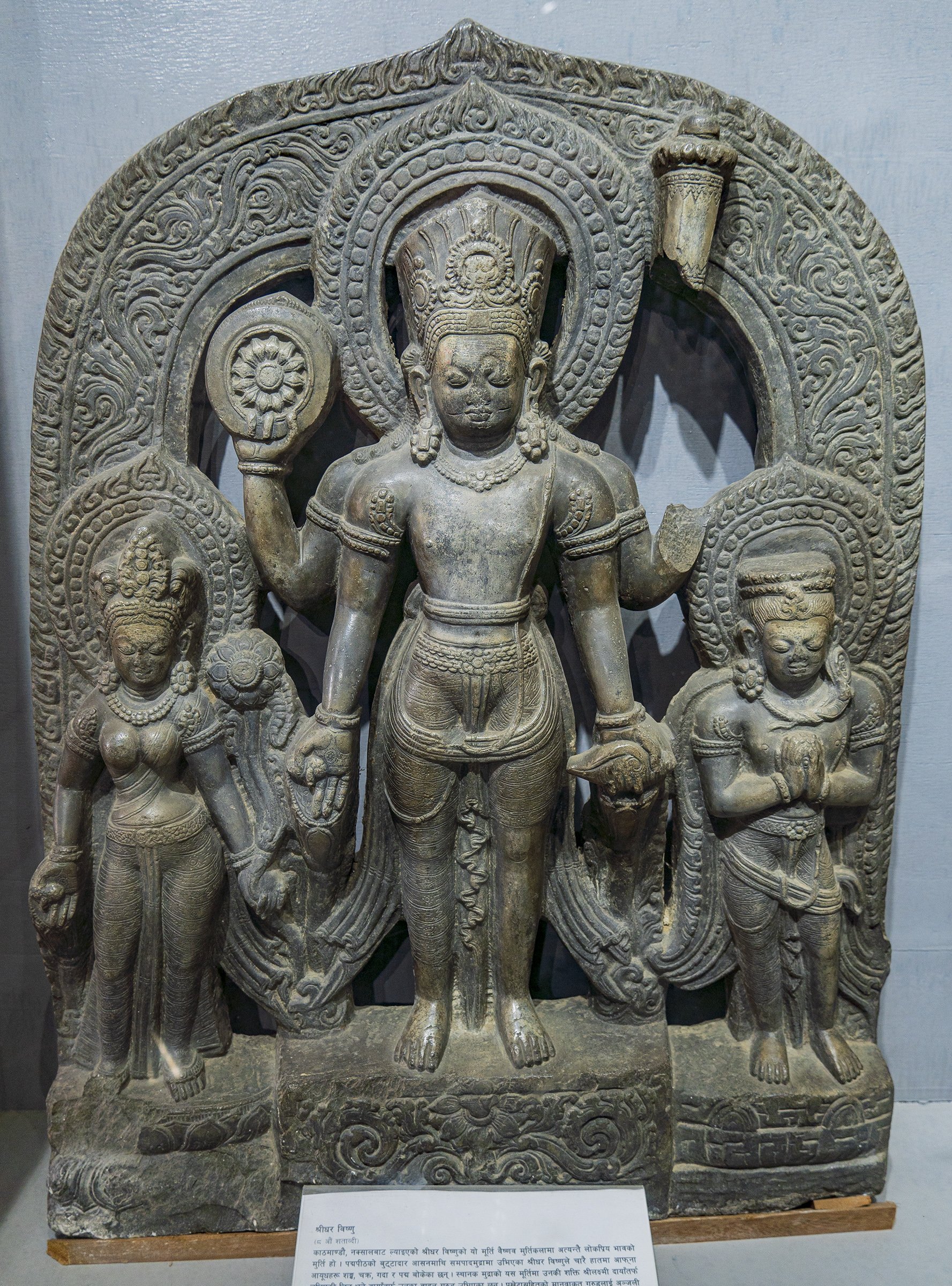 This stone sculpture shows the image of Shridhara Vishnu from the 8th-century A.D., recovered from Naxal, Kathmandu. It is considered to have carried one of the most popular Vaishnava themes in Nepalese stone art tradition. Standing on a decorative lotus base Vishnu is holding his usual attributes like a conch, a flaming wheel, a mace and lotus seed. His Divine Consort, Shri-Lakshmi stands on his right and Garuda, his mount, stands on his left. Here, Garuda is depcited as a winged but in anthropomorphic form with anjali-mudra, a devotional hand posture.