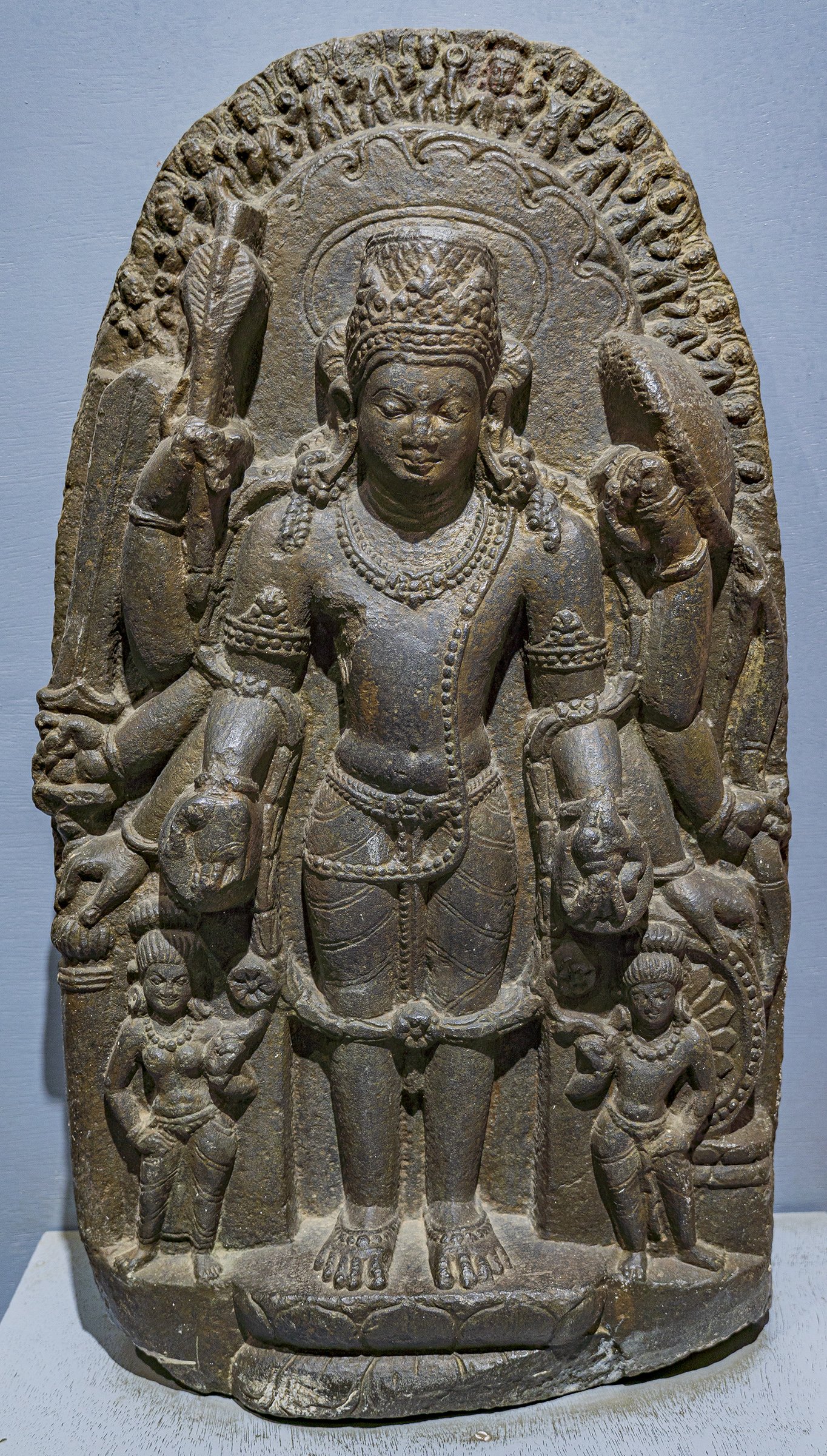 This stone sculpture shows the image of Vishvarupa Vishnu (16th-17th century) from the Malla period. This image is standing erect with a powerful representation of Vishnu as supreme god. Here, Vishnu is holding his usual attributes like a conch, a flaming wheel, a mace and lotus seed and is flanked by female and male attendants.