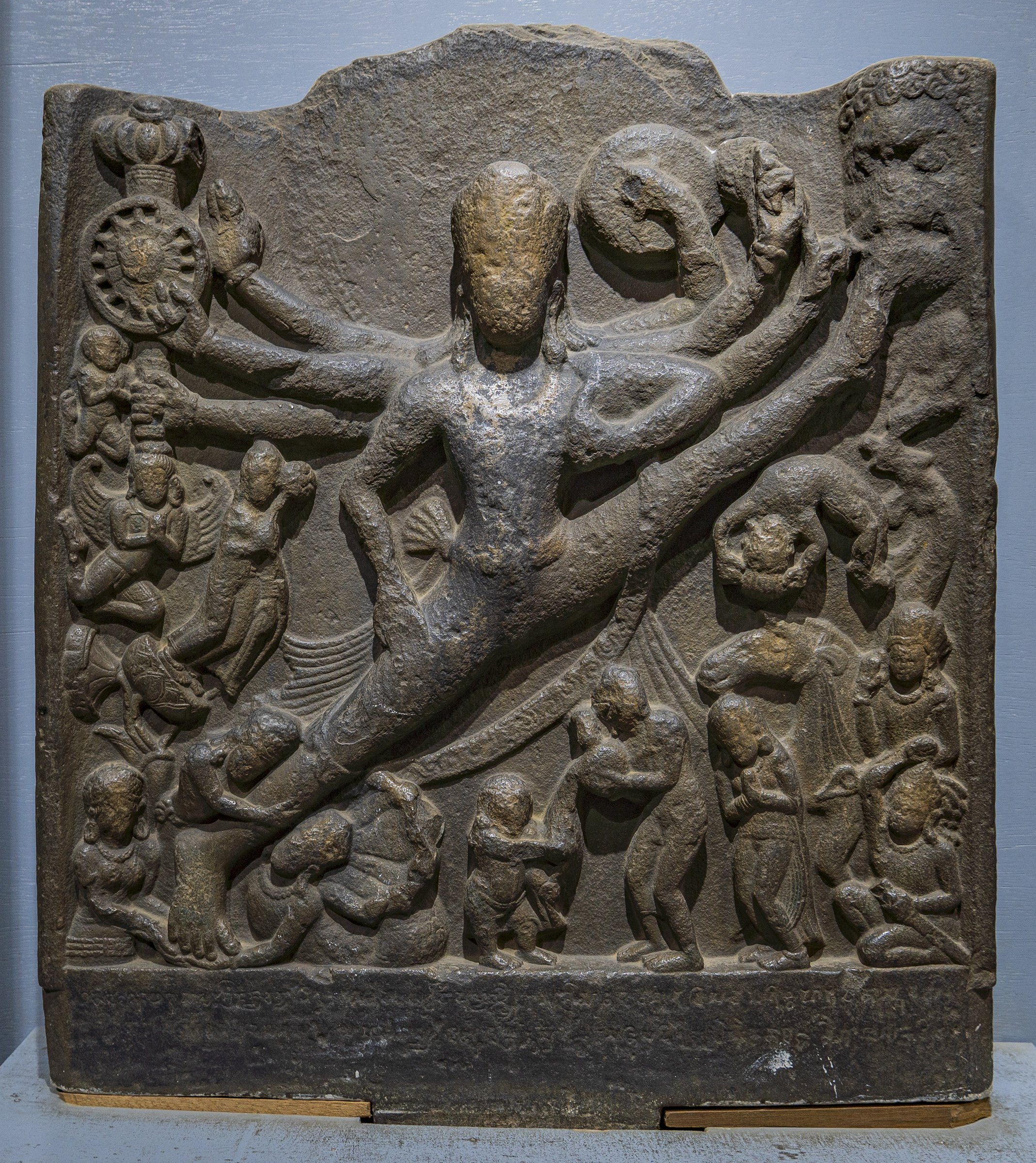 This stone sculpture shows the beautiful image of Vishnu Vikranta which was recovered from Lazimpat, Kathmandu. It was consecrated by king Manadeva in the name of his mother Rajyavati in the year 389 (A.D. 467). This image is beautifully carved on the basis of the story of Baliharana mentioned in the ancient Hindu literary texts. The dynamic representation shows the moment when Vishnu takes his cosmic form and transcends the whole universe.