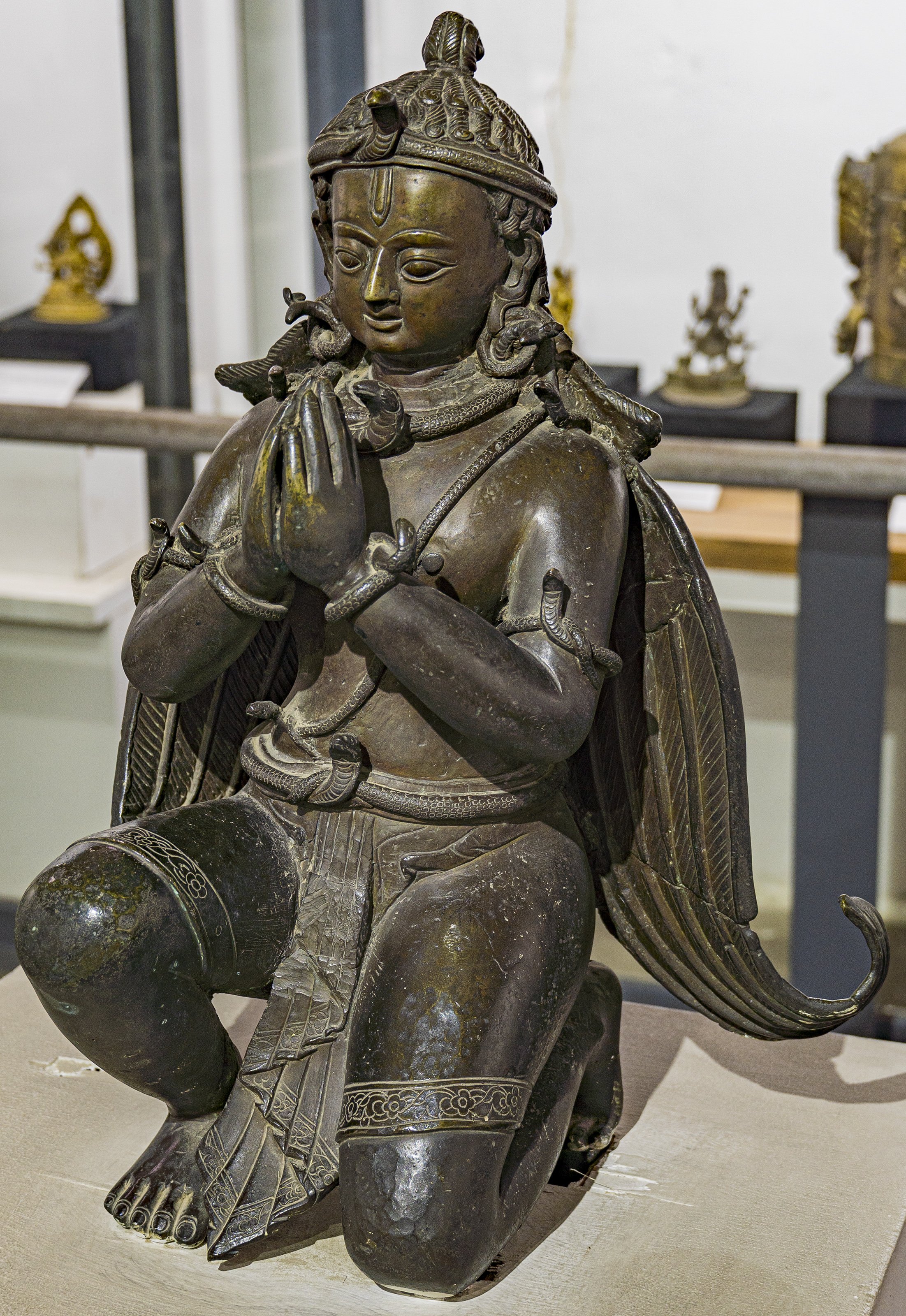 This bronze sculpture shows an image of Garuda (with wings), from the 20th century A.D.—Garuda, a celestial bird, is familiar as the Bahana (Vahana), mount, of Lord Vishnu. This image of Garuda is shown in the anthropomorphic form with the wings of bird, showing the anjali-mudra, a posture of adoration.