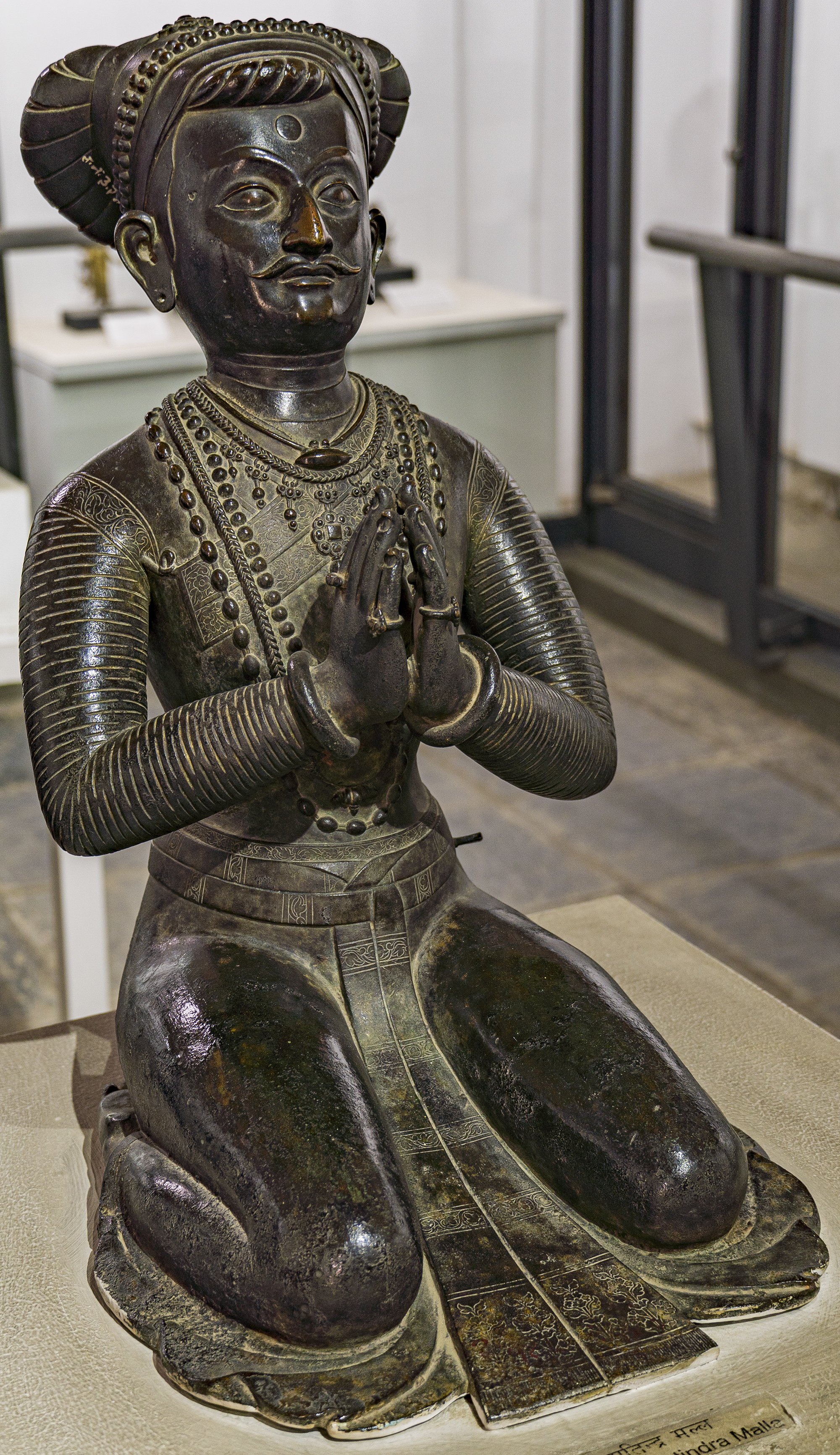 This bronze sculpture shows an image of King Bhupatindra Malla, from the 18th century A.D.—Bhupatindra Malla was the king of Bhaktapur (Bhaktapura) during medieval period. Here, Bhupatindra is shown seated in vajra-asana in anjali-mudra, a gesture of adoration.