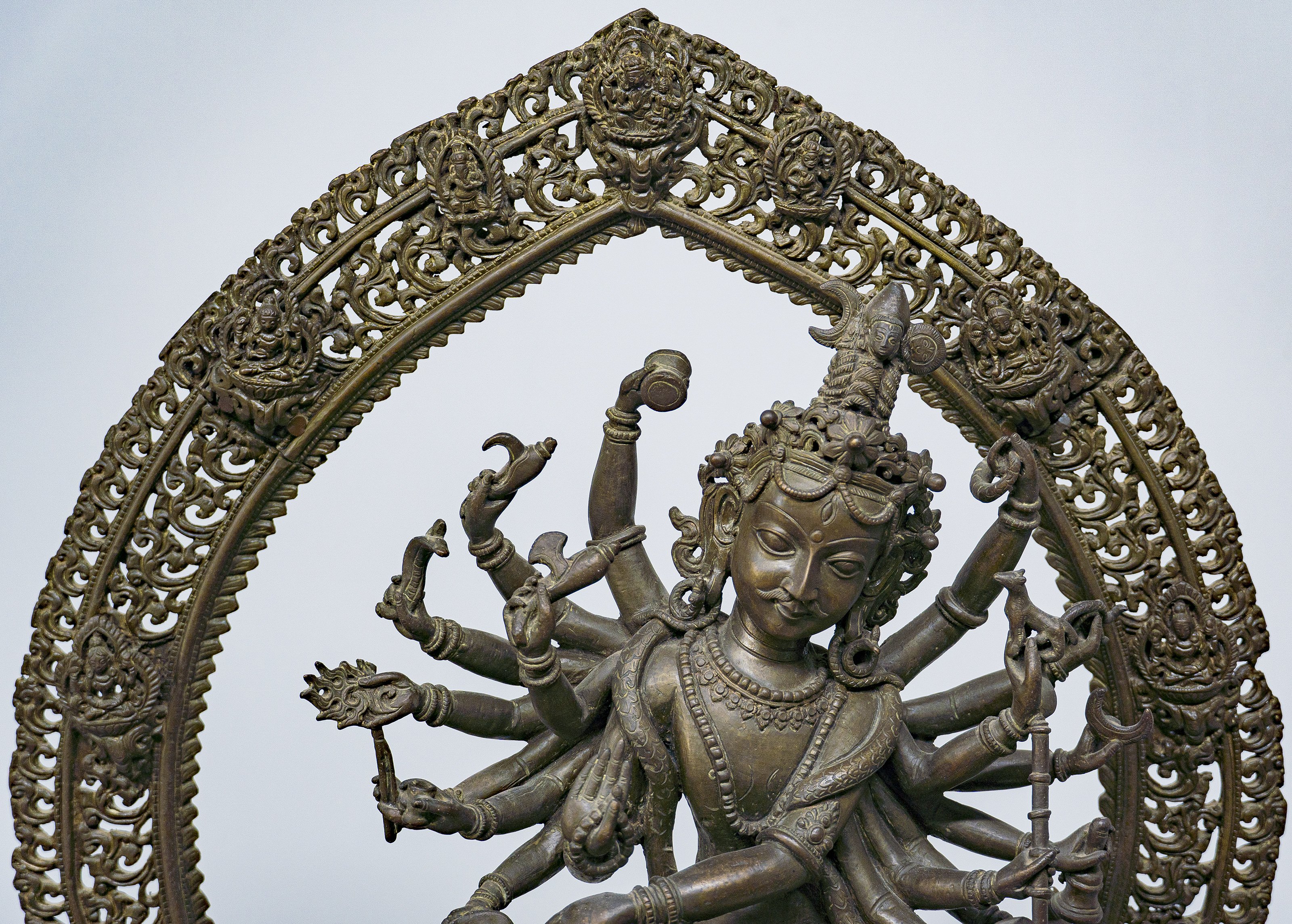 This bronze sculpture shows an image of Nataraja Shiva (detail of head), from the 20th century A.D.—This multi-armed image based on Tantric Imagery is shown Shiva in dancing posture on the lotus base. Shiva is flanked by two attendants (anucara) and his multi-armed are holding different attributes.