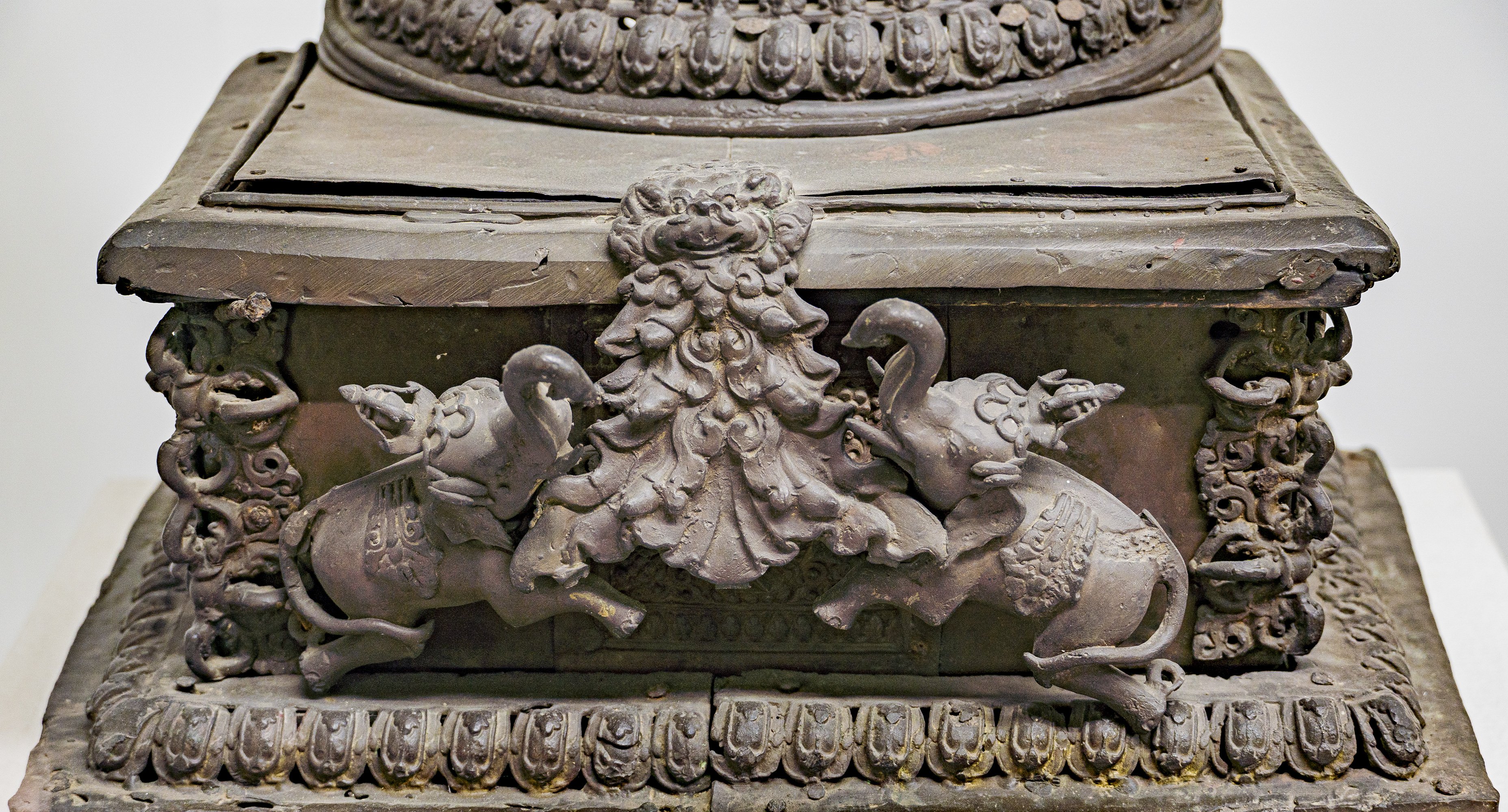 Image title: Vishvarupa (detail of base)

This bronze sculpture shows an image of Vishvarupa (detail of base), from the 20th century.—This image of Vishvarupa is one of the most outstanding metal artworks from Nepal. Usually, such images are made based on the event narrated in the famous text of Gita where Shri Krishna gives His invaluable sermons to motivate Arjuna towards a just war. But this typical image of Vishvarupa appears to be highly influenced by Tantrism.