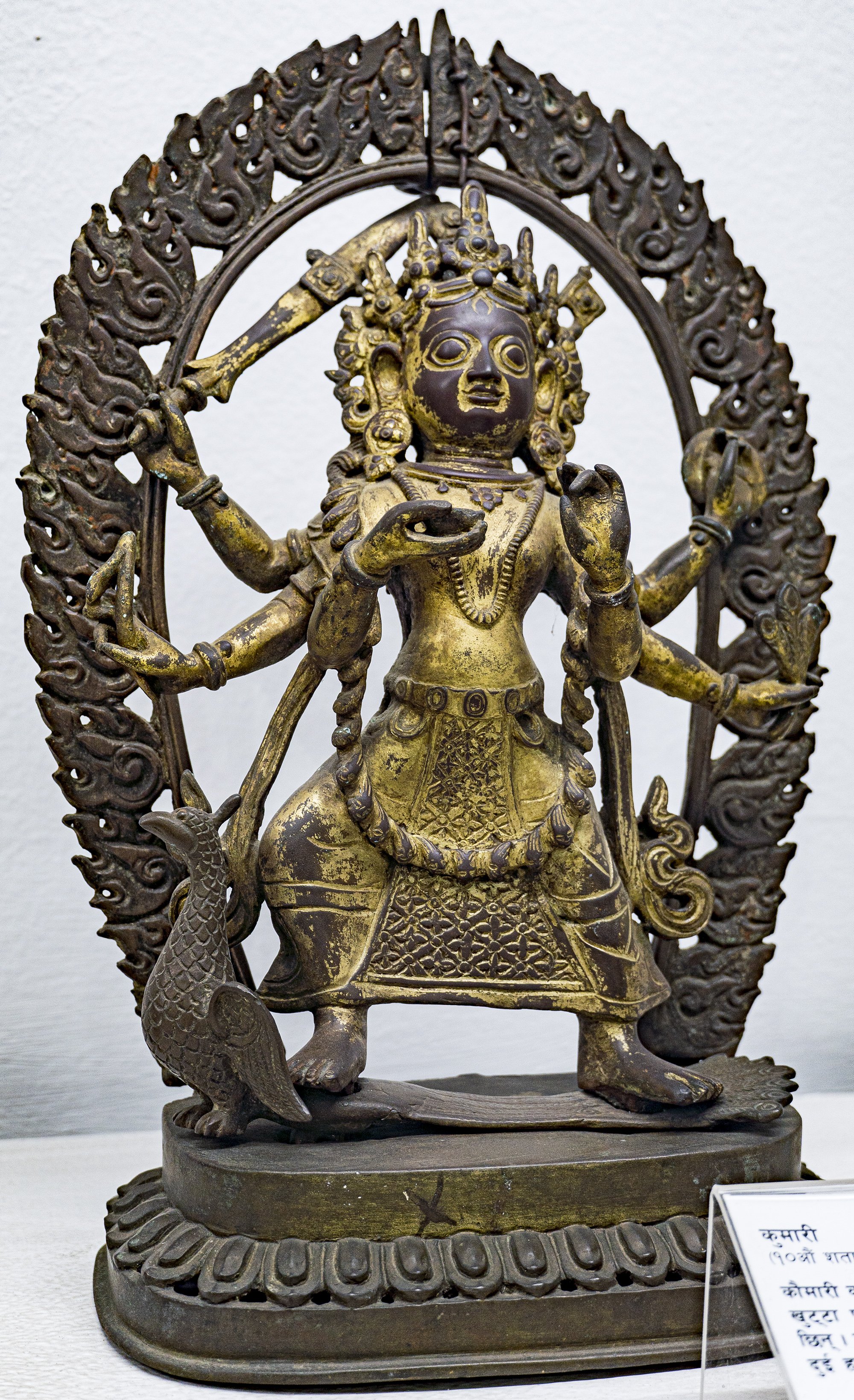 This bronze sculpture shows an image of Kumari, from the 10th century A.D.—Kumari is known as the consort of Skandakumar (Skandakumara), the brother of Ganesha and an offspring of Shiva and Parvati. The four-armed Kumari is shown seated on her mount, the peacock. Her principal hands are on the head of the peacock while the remaining other hands are holding a sword (tridandi) and the peacock feather (mayura-pankh).

Kumari can also be spelled as Kumārī (कुमारी).