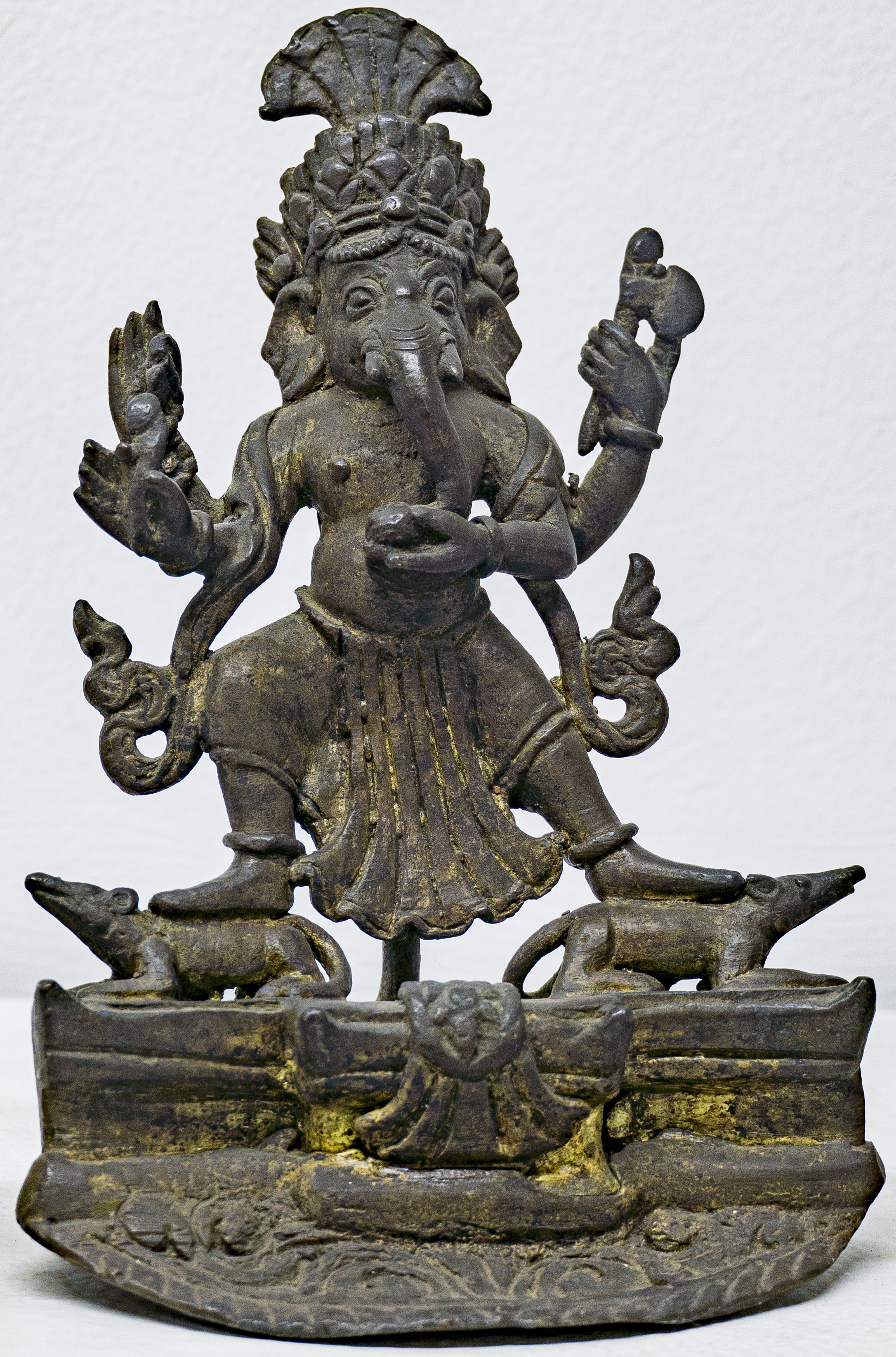 This bronze sculpture shows an image of Ganesha, from the 19th century A.D.—Ganesha is one of the most popular deities in both Hindu and Buddhist pantheon in Nepal and worshipped as Vighnantaka, remover of obstacles and also Vighnakaraka, creator of obstacles. This four-armed image of Ganesha is standing in alidha-asana pose on the mouse (musa), his mount with his four hands holding his usual attributes.

Ganesha can also be spelled as Ganesh or Gaṇeśa (गणेश).