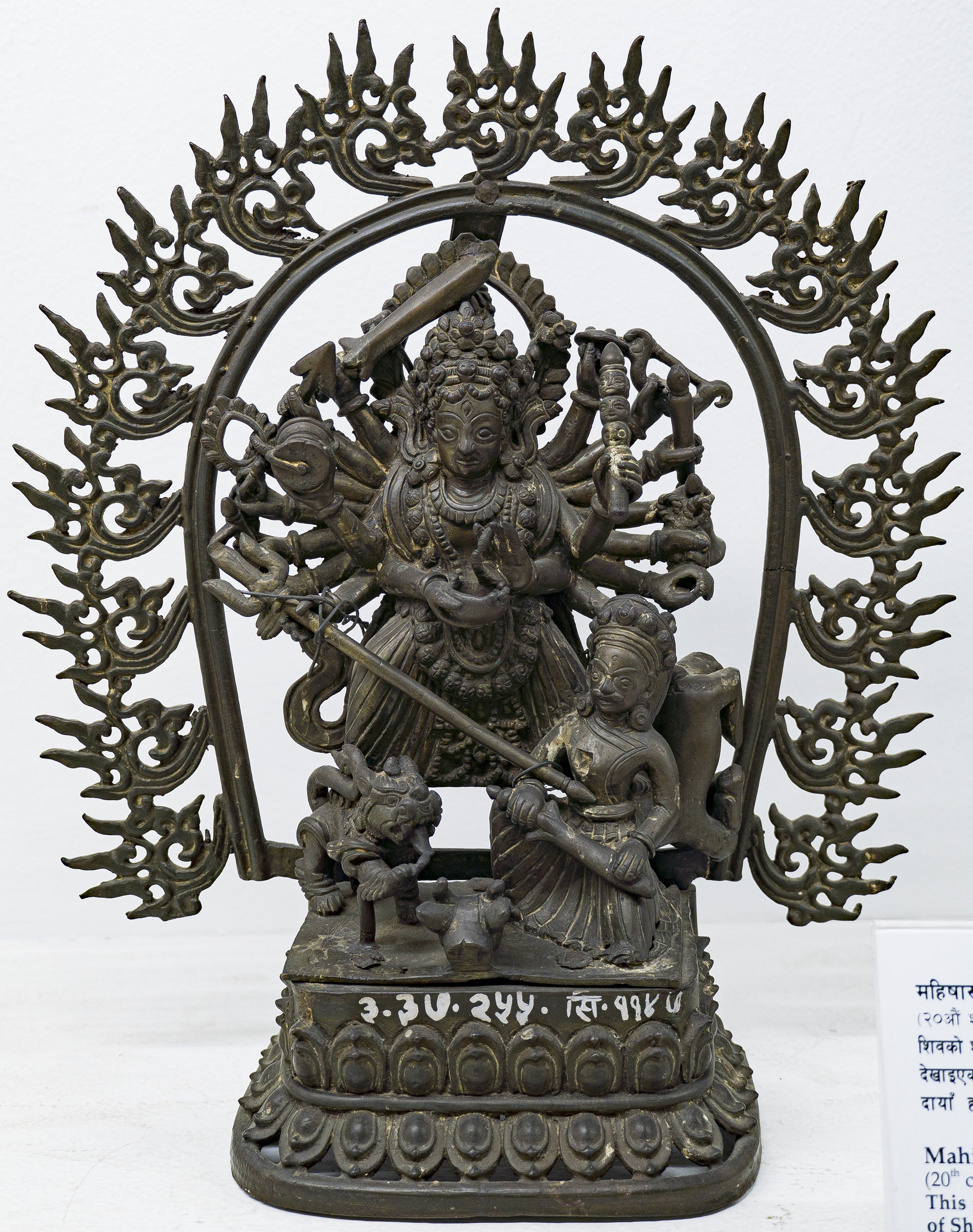 This bronze sculpture shows an image of Mahishasurmardini, from the 20th century A.D.—This female divinity is a ferocious aspect of Durga as a consort of Shiva. The multi-armed image is holding her usual attributes. Her right hand forces the trident into the body of Mahishasura, the demon (asura) disguised in the form of a buffalo (mahisha).