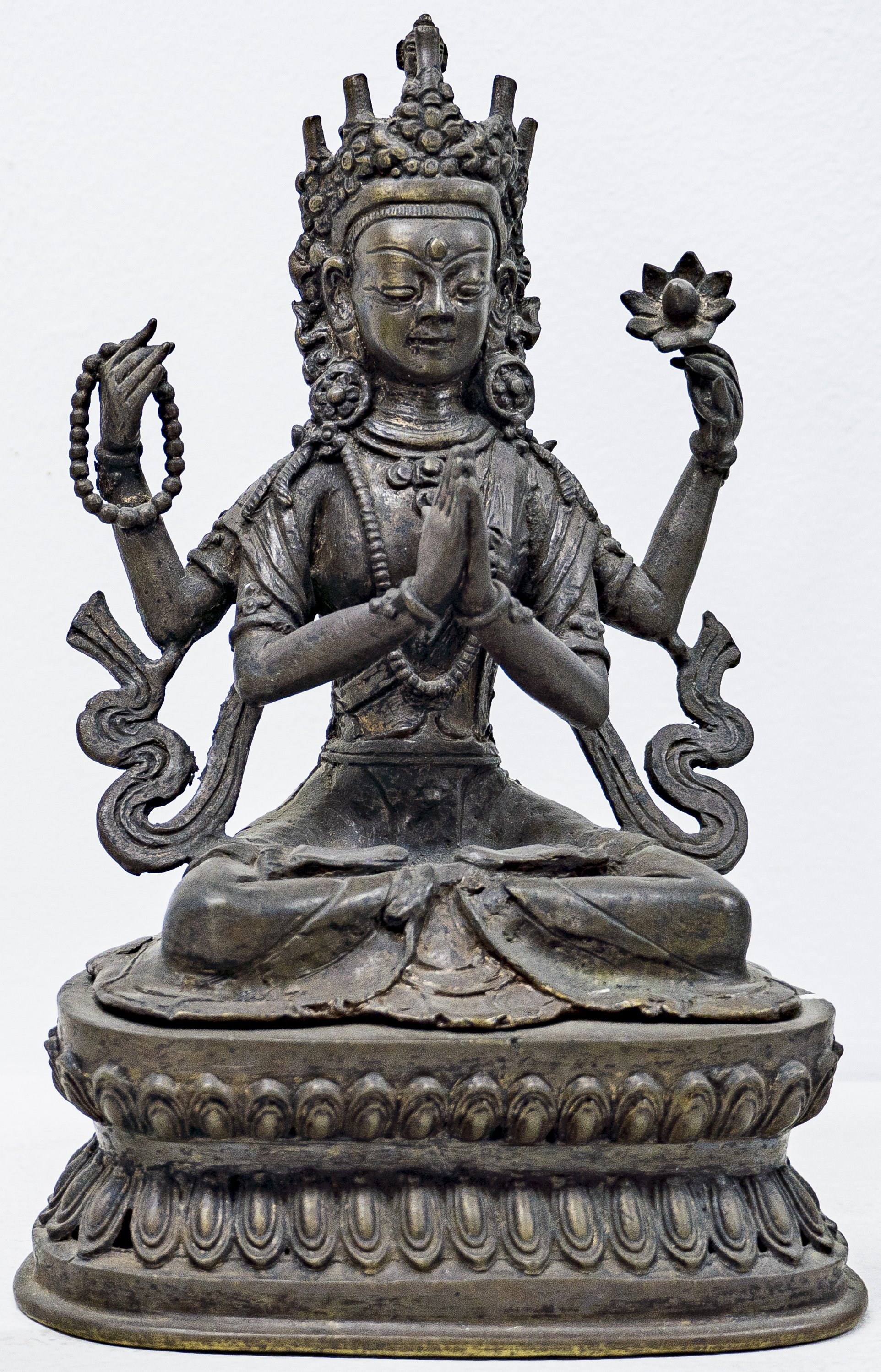 This bronze sculpture shows an image of Shadakshari Lokeshvara, from the 20th century A.D.—Bodhisattva Avalokitesvara (Avalokiteshvara) is very popular in the Mahayana sect of Buddhism. He is also known as Lokesvara (Lokeshvara). This image is seated in cross-legged position on the double lotus base with his principal hands in anjalimudra, the gesture of adoration, [while] remaining other hands are holding rosary (aksamala) and lotus stem (kamala-phul/phula).