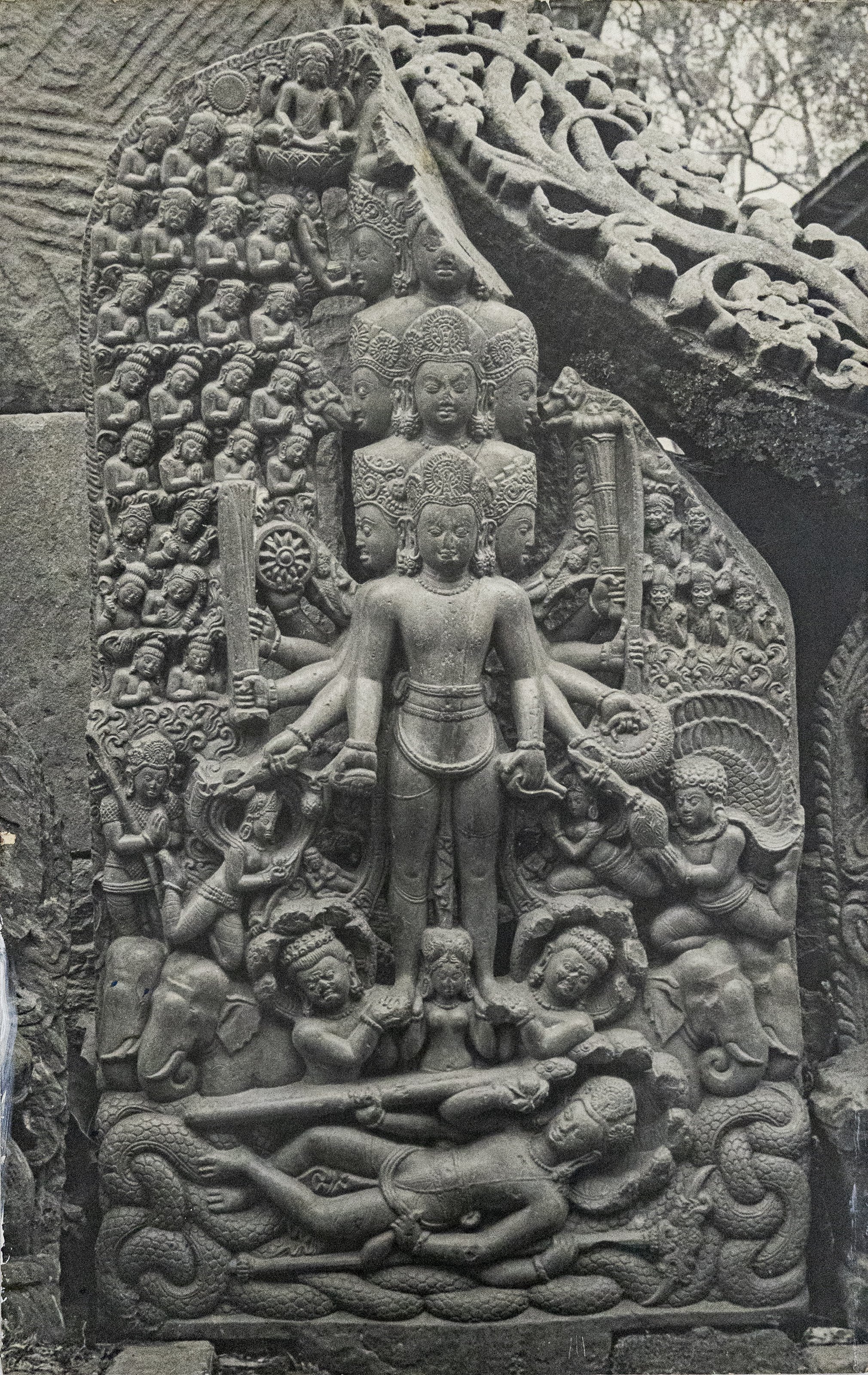 This photograph shows a stone tablet displaying various deities among which the main deity is depicted as being multi-armed, multi-faced and holding several attributes/weapons in the hands.

These old photos are exhibited in the Hindu art gallery of the National Museum of Nepal (Kathmandu), also known as the Rashtriya Museum.