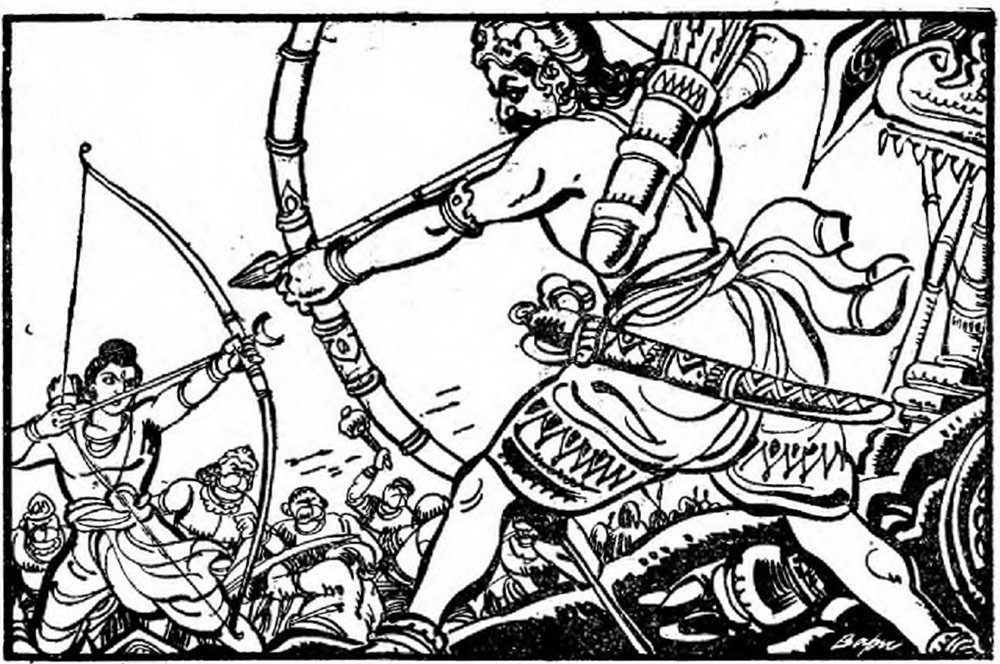 Indrajit went to battle again. With his magic he became invisible and rained arrows on the vanaras. He tormented his opponents and tried to frighten Lakshmana.

In the middle of the fight he took time off to perform a fire sacrifice, which would make him unconquerable. Lakshmana, with the help of the vanaras, prevented Indrajit from finishing the sacrifice.

Lakshmana and Indrajit fought long and bitterly using the most potent weapons got from the gods. The end of Indrajit came when Lakshmana took out the Indrastra (the weapon of Indra) and aimed it at the enemy. The arrow cut off Indrajit's head and it tumbled down with crown, ornaments and all.

The climax of the war was the great battle between Rama and Ravana. Never did such powerful warriors face each other.

They fought bitterly for full seven days and nights. The deadliest weapons of earth and heaven were used. The creatures of heaven gathered in their hosts to watch the great combat.