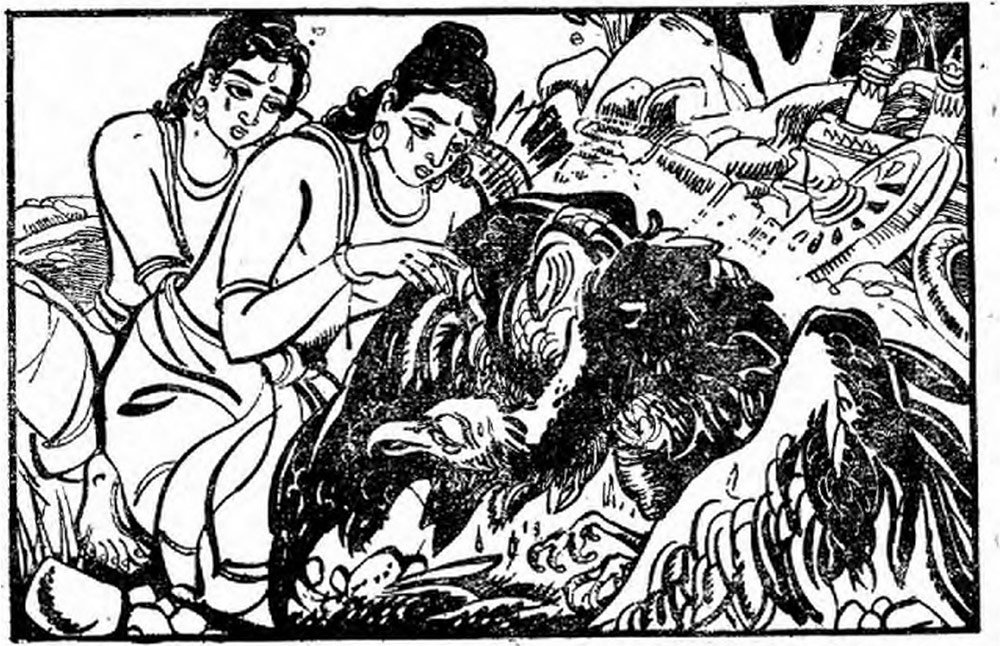 Meanwhile in Dandakarnya Rama, returning exhausted from the deer-hunt, met Lakshmana on the way. Rama rebuked his brother for having left Sita alone in the cottage and feared that she might have come to grief already. Lakshmana explained that he did not want to leave the cottage, but Sita forced him to go out in search of Rama.

What Rama feared had come to pass. Near the cottage, they came across the signs of a big fight and found Jatayu gasping for his last breath. Before dying, Jatayu told the princes how Ravana took Sita forcibly with him, how he gave battle to the rakshasa king and how he came to be mortally wounded.

Rama's cup of misery was full, friend of his father was slain.

He had lost his beloved wife and a dear