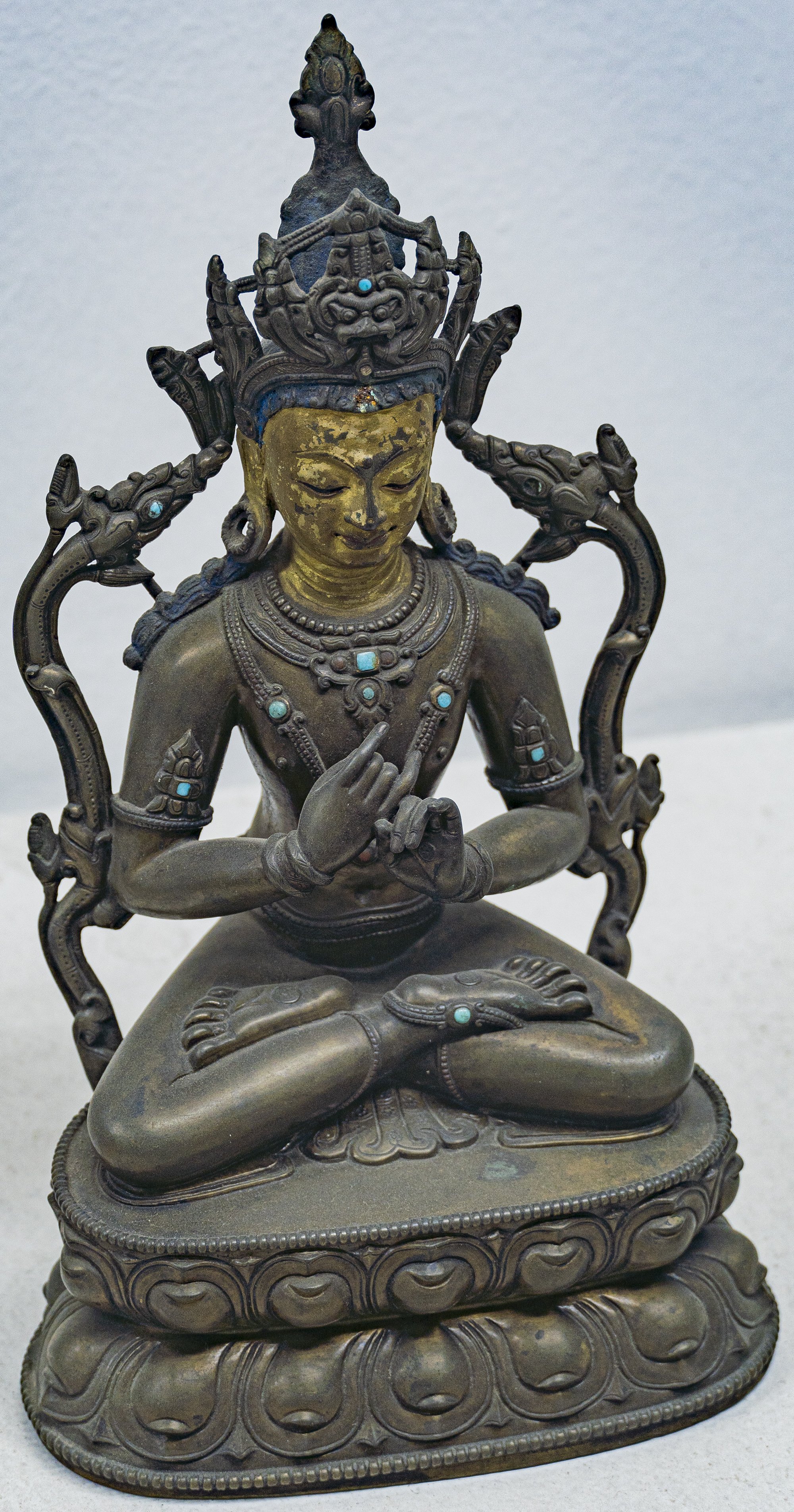 This bronze sculpture shows an image of Vairocana Buddha, from the 20th century A.D.—Vairocana is considered as the Kulesa (head) of the Tathgata (Tathagata) Kula (family). With the emergence of Vajrayani (Vajrayana) Buddhism, the panchskandas (panchaskandas) began to be worshiped in the Buddhist ritual world in the form of the Five Celestial Buddhas. This image is seated in vajraparyanka-asana pose on the double lotus base with his hands showing bodyangi-mudra.

Vairocana can also be spelled as Vairocan, Vairochan or Vairochana.