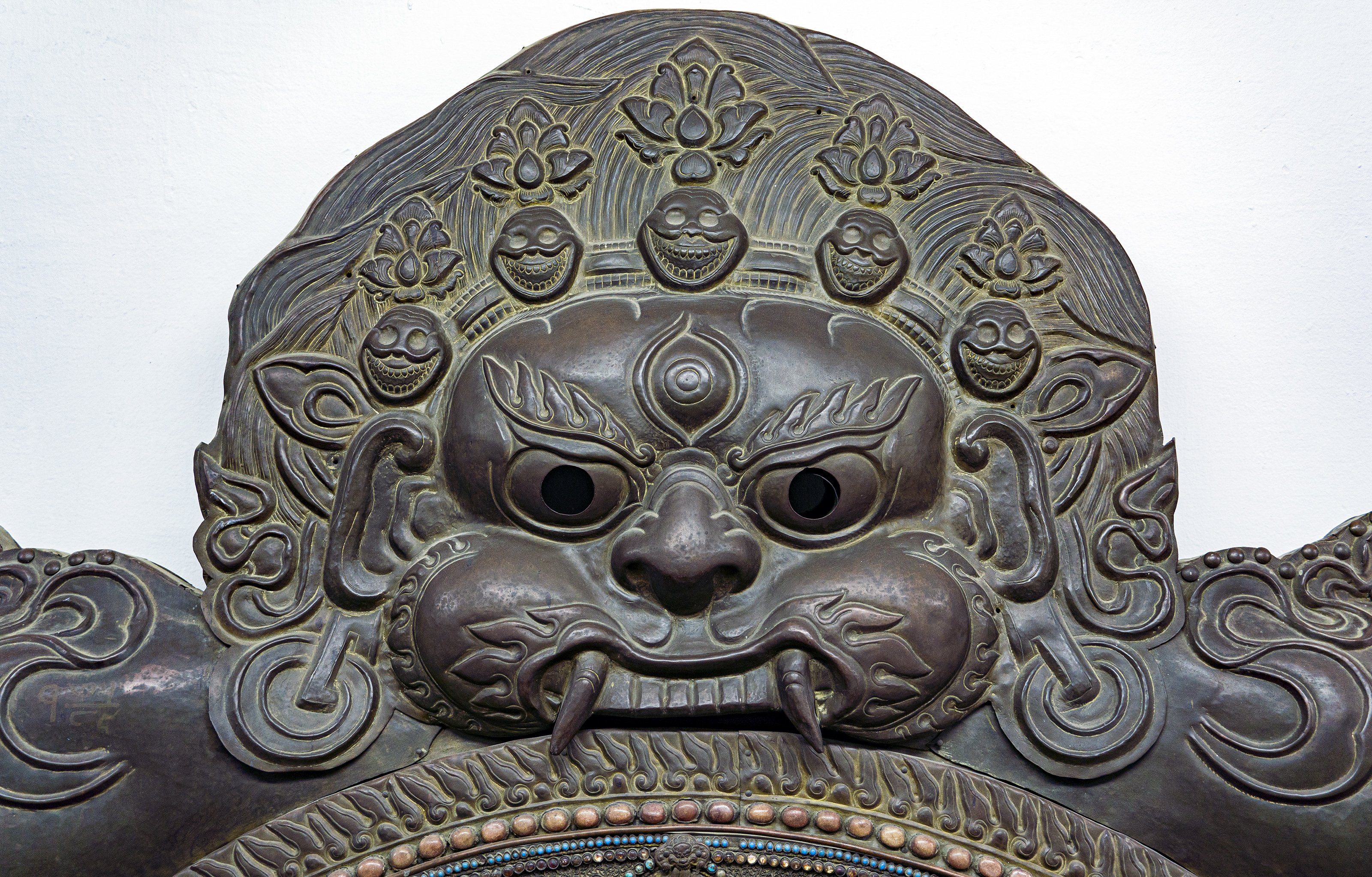 This bronze sculpture shows an image of Hayagriva Lokesvara Swagata Mandala (detail of the head), from the 19th century A.D.—This narrative panel is designed on the versions of the story described in the Mahayana sect of Buddhist literatures. [...] The Nepali Bronze artist exactly caught the theme as narrated in the Buddhist literature and beautiful depicted their imagination in this panel. Here Yamaraja, the God of Death, is shown standing as a symbolic gesture of death. [...] This panel is considered to be the exotic creation of Nepali Bronze artists.