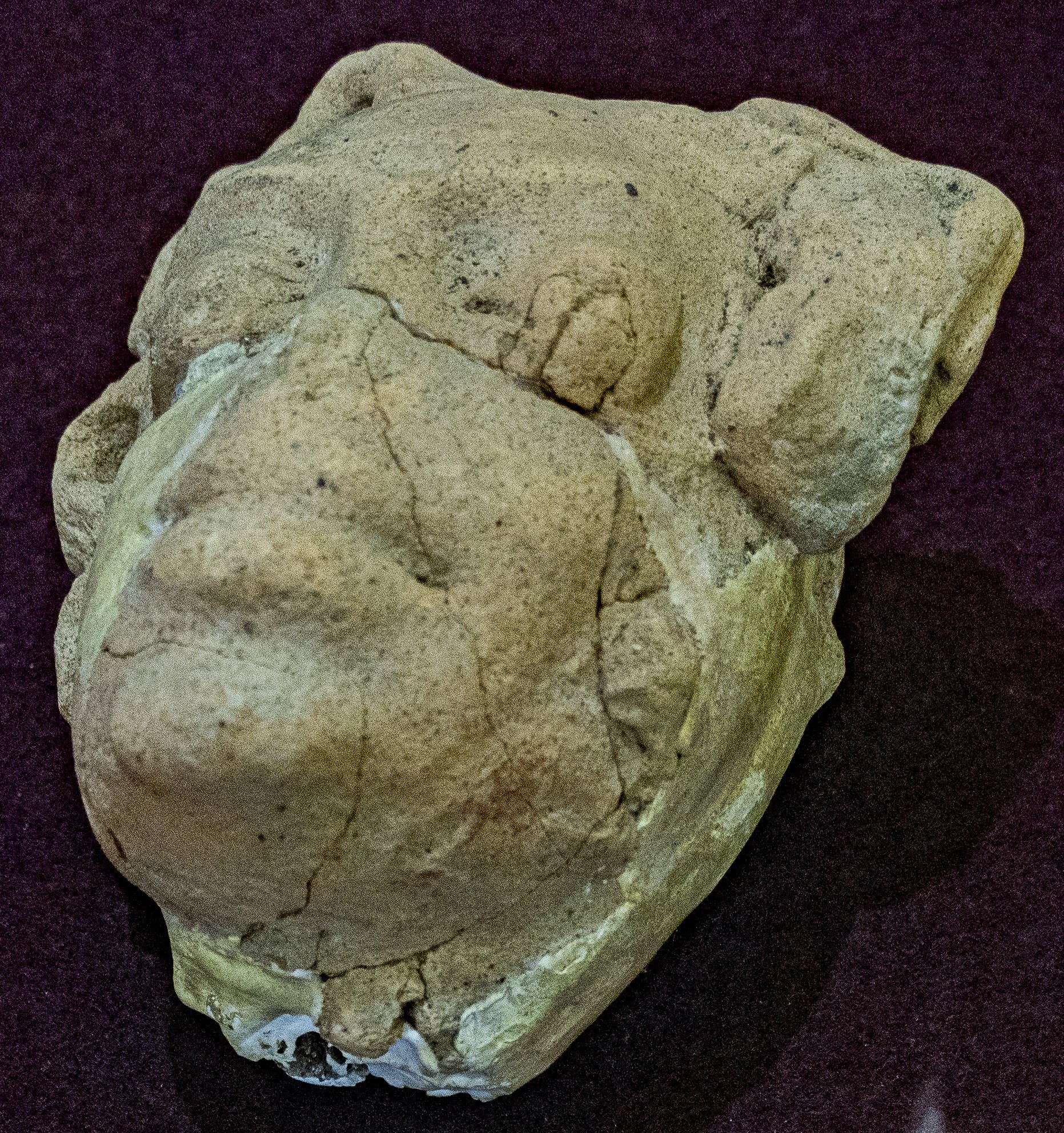 This image shows a Terai sculpture of the head of Buddha. Specifications: terracotta, 14cm x 12cm.