Boudhanath Stupa is one of the main Buddhist religious places to visit when in Kathmandu valley. It represents a huge platform in the form of a mandala (diagram) housing a giant white dome with a golden peak. On each side of the square base at the bottom of the peak are Buddha-eyes always looking towards the pilgrim walking around the Stupa in clockwise direction. A Stupa refers to a certain type of building enshrining the relics of holy persons.

Today many Tibetan-owned shops are located on almost each side of the Stupa, some of them play non-stop music. There is a mixture of live-long pilgrims, religious aspirants and daily visitors walking around the Stupa and spinning the prayer-wheels. These wheels contain mantras (mystic formulaes) on the in-and-out-side wishing prosperity to every sentient being and are believed to activate (read: spread around) once being turned clockwise.

There are many sculptures on and around the Boudhanath Stupa depicting various guardians/deities and other symbols related to Buddhism. On each side are small alleys and isolated squares offering monks a place to pray or worship without disturbance. Many such sections around the Stupa contain water with flowers, incense, plants and flags, being taken care of daily by the local religious mendicants.

The Boudhanath Stupa is said to entomb the remains of Kassapa Buddha, noted as the third of the five Buddhas of the present aeon. More specifically, he is mentioned as the Buddha before the present, eg., Gotama. In Sanskrit he is known as Kashyapa Buddha. The chronicles mention Kassapa as being born in a deer park in the Indian city Varanasi to the Brahmin couple Brahmadatta and Dhanavati (source: The Kassapa Buddhavamsa). 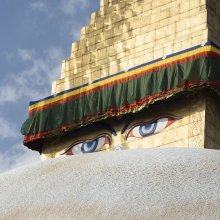 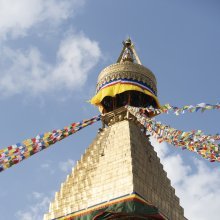 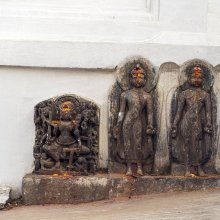 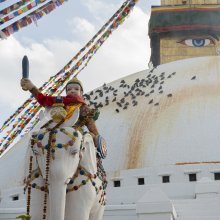 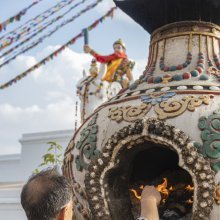 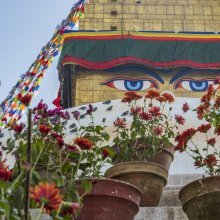 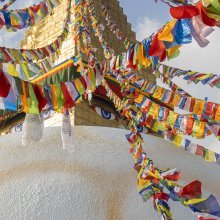 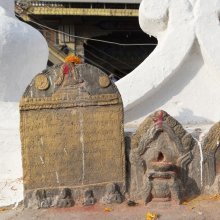 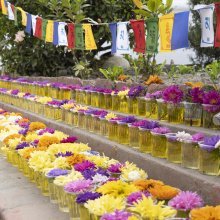 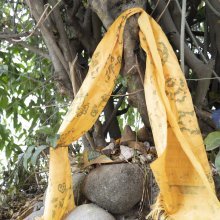 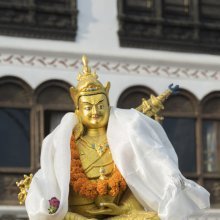 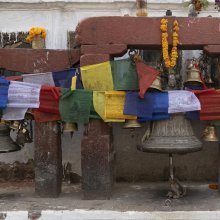 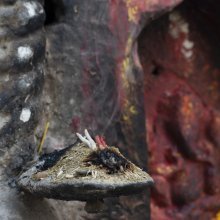 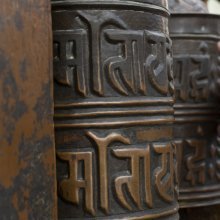 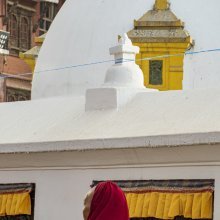 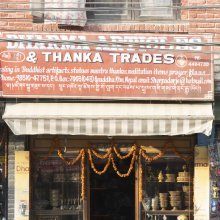 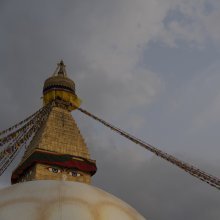 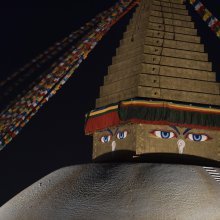 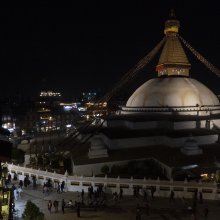